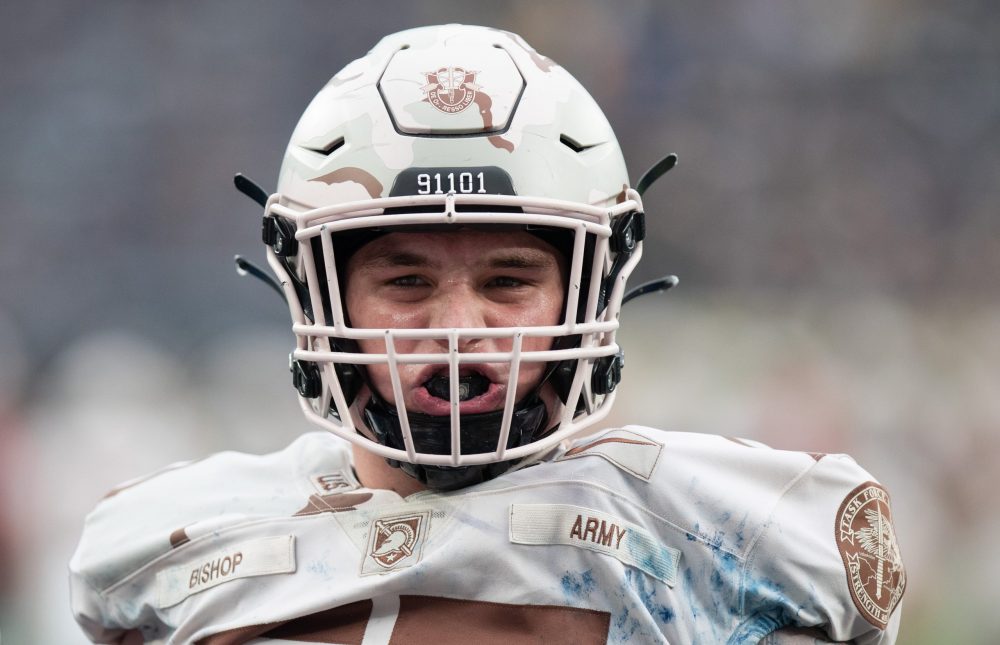 Army will have two football team captains for the first time since 2017.

Returning captain Marquel Broughton and senior center Connor Bishop were picked to lead the 2022 Black Knights team by their teammates.

Broughton is the third Army player to serve as captain in consecutive years during the Jeff Monken era (2014-present), joining Jeremy Timpf (2015-16) and Cole Christiansen (2018-19).

Bishop, who is entering his third season as a starter, follows Bryce Holland (2018) and Mike Johnson (2020) as offensive line captains in Monken’s tenure.

Broughton, Army’s vocal and inspirational leader, made a career-high 80 tackles in 2021. He set a personal best with 14 tackles in the Black Knights’ Armed Forces Bowl win over Missouri. Broughton has intercepted two passes in each of the last two seasons.

Bishop has made 20 starts in his Army career.