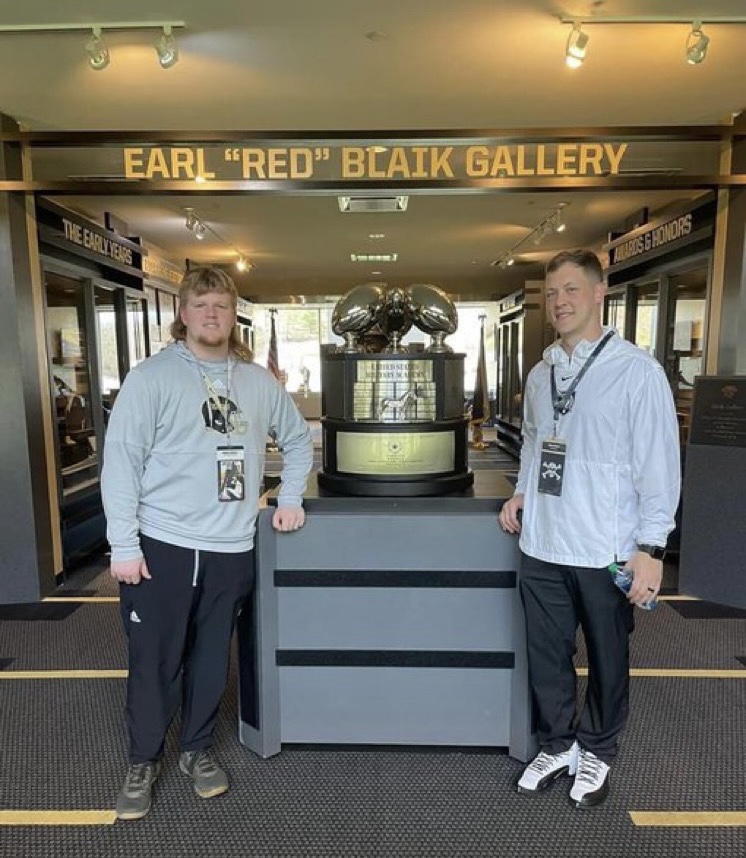 Andrew Hardwick always thought it would be an accomplishment to play football at Army.

When Hardwick visited West Point in early April, the Boyle County (Ky.) offensive lineman realized it was much more.

Hardwick was attracted to the history of the academy and football program and recognized West Point, “is not like any other school in the country.”

“The opportunities and connections you can acquire from being a West Point grad is on another level,” said Hardwick, Army’s latest 2023 commit.

Hardwick’s connections started when new fullbacks Blake Powers, a fellow Kentuckian, reached out in March, requesting film and his grades. Soon after, coach Jeff Monken called with an offer.

“I was beyond excited because I felt like this was a program or culture that I would fit into,” Hardwick said. “The style of play they have and how their offensive line play. Gritty. Nasty and they finish. Nothing fancy. They come right at you and they don’t back down. The self-discipline it takes to go there and succeed, I thought I could do.”

Hardwick, who was also offered by Division I-AA Eastern Kentucky, received interest from Cincinnati, Western Kentucky, Marshall and Miami (Ohio). He wanted to commit to Army at the end of his visit but Powers didn’t rush him into a decision.

“The thing I kept thinking was I do not see what these schools have to offer me compared to Army in my future,” Hardwick said. “(He and Powers) talked a lot about careers West Point has, how he became an Army officer after graduating from Indiana and also went through Ranger school and served our country.”

“I got to talk to him (Hughes) about his weight training program and that has always been a career interest of mine and I really enjoyed seeing all the ways they train and stuff they use to optimize performance,” Hardwick said.

Hardwick started his sophomore and junior seasons at tackle and also played defensive line during Boyle County’s run to a 2021 state championship. Army is recruiting Hardwick to play guard or center. He also plans on competing for Army’s track and field team. Hardwick threw the shot put 53 feet, 11.75 inches and the discus 146 feet, 6 inches as a sophomore.

“I didn’t know much about West Point until I started getting recruited,” Hardwick said. “I always thought it be cool to go play for the Army but now that I understand it and the opportunities it offers seems like the best place for me.”

Hardwick wasn’t the only recruit to announce his commitment to the Black Knights Thursday. Pennridge (Pa.) running back Brennan Fisher joined Army’s 2023 class.