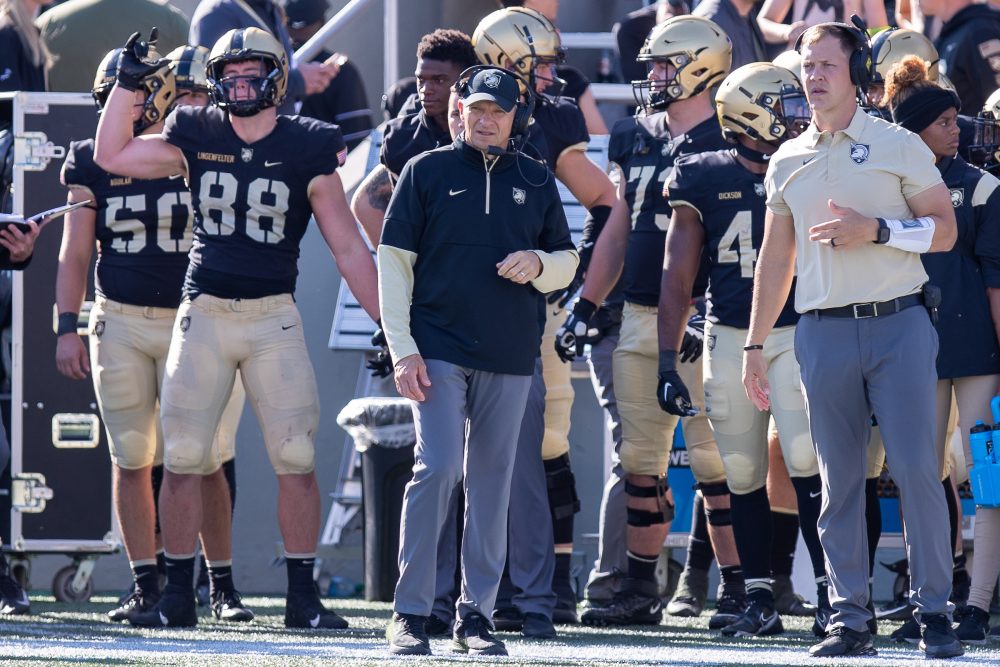 Turning around Army’s season could hinge on the team’s health as the Black Knights start their second half of the 2022 campaign.

The rash of injuries this season has brought Jeff Monken to “pull back” on practice time and contact during practice with the goal of getting as many healthy players to kickoff against Louisiana-Monroe Saturday as possible.

“We’ve reduced the overall time that we are out on the field down to probably as short in duration as we can,” said Monken, whose team is 2-4, during his weekly press conference. “It’s almost to a point where I’m a little bit uncomfortable. I’d like to be out there on the field longer. I just don’t feel like we can be and remain healthy or for that matter, get healthy.”

Monken said the team has increased the repetitions in walkthroughs, team meetings and film work to try and account for the reduction of live practice.

“You have to get the time in one way or another whether it’s taking a live rep or in a walkthrough,” Monken said. “People best understand when they do and not where they watch or ear. We have to get as many reps possible without risking further injury.”

There’s “a fine line and difficult balance but we are working through that,” Monken said.

Monken mentioned that Carter “is getting better. He’s improving, expect to have him practicing this week and hopefully have him ready to go for the game Saturday.” He also said he thinks that Tyler (ankle) and Ballard (finger) will be ready for Saturday.

Senior quarterback Jemel Jones impressed in his first start since Oct. 2020 in the Colgate victory.

Could Army play three quarterbacks against Louisiana-Monroe or at any point the rest of the season?

“I don’t know if that’s ideal to play three quarterbacks but we wouldn’t have any issues doing that,” Monken said. “I don’t think that’s out of the realm of possibility.

I think each one of our guys have some unique skills and really there’s probably justification for having individually each one of them in the game at certain points. They are all very confident. They are well-coached and they have all worked really hard to learn the offense.”

Monken added, “Ideally, I think any team would have A quarterback and a quarterback that plays as many snaps as possible. It’s not always that easy to do, not for us and not in our offense and the way we are operating as an offense right now. We’ll just see. I think all three of them are going to be ready and all three of them are very capable. A lot of that will depend on what happens in practice this week.”

“He (Jones) was supposed to have an extra blocker going into the hole he ended up running it in,” Davis said. “The B-back didn’t see it until late so he was one blocker short but it didn’t matter.

“It was great to see all of our guys running down the field and celebrating in the end zone. That’s something that we want to be a trademark of how we play on offense and just that synergy that comes with celebrating with your teammates, that’s important to us.”