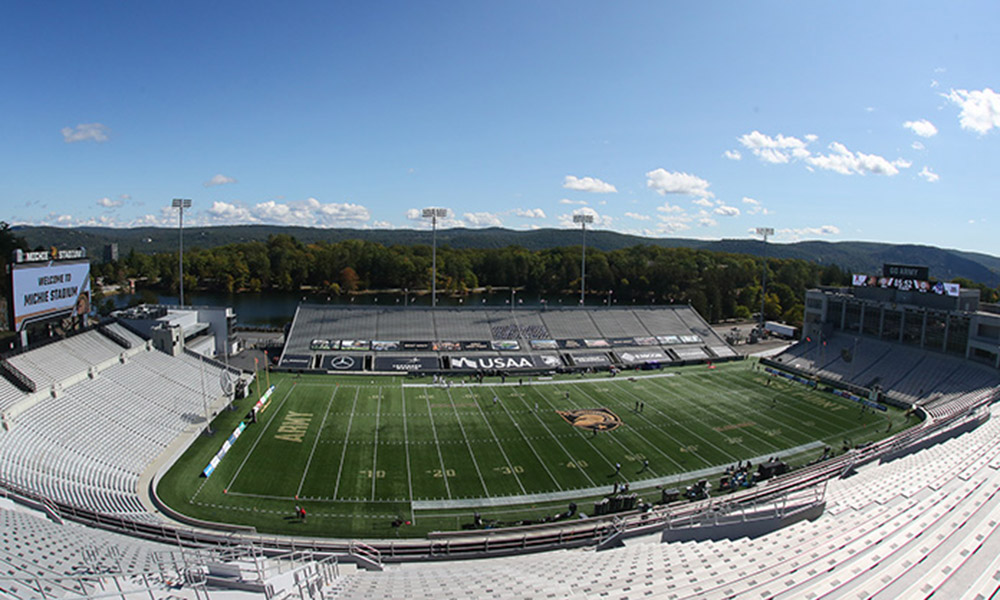 Army’s leg of the Commander in Chief’s trophy with Air Force will have a new home for the next two years.

Saturday’s winner-take-all Commander in Chief’s trophy showdown will be the last time Air Force will play at Michie Stadium until at least 2024.

The 2021 meeting will be the first college football game at Globe Life Field and will be the first neutral site game in the Army-Air Force rivalry since 1965 at Soldier Field in Chicago. The 2012 game was originally scheduled to be played at Yankee Stadium. The game was moved back to Michie Stadium due to the Yankees’ postseason run.

The two Texas games are being dubbed, “The Commanders’ Classic” series.

“It is thrilling to have this opportunity to play one of our rival academies in the state of Texas, home to many military installations and service men and women,” Army athletic director Mike Buddie said in a press release. “I’d like to thank Sean Decker and the entire Texas Rangers organization for providing this wonderful opportunity for our cadet-athletes and fans, and to Lockheed Martin for its tremendous support of the event.”

The seating capacity for Globe Life Field is expected to be around 40,000 for the football games, according to a press release.