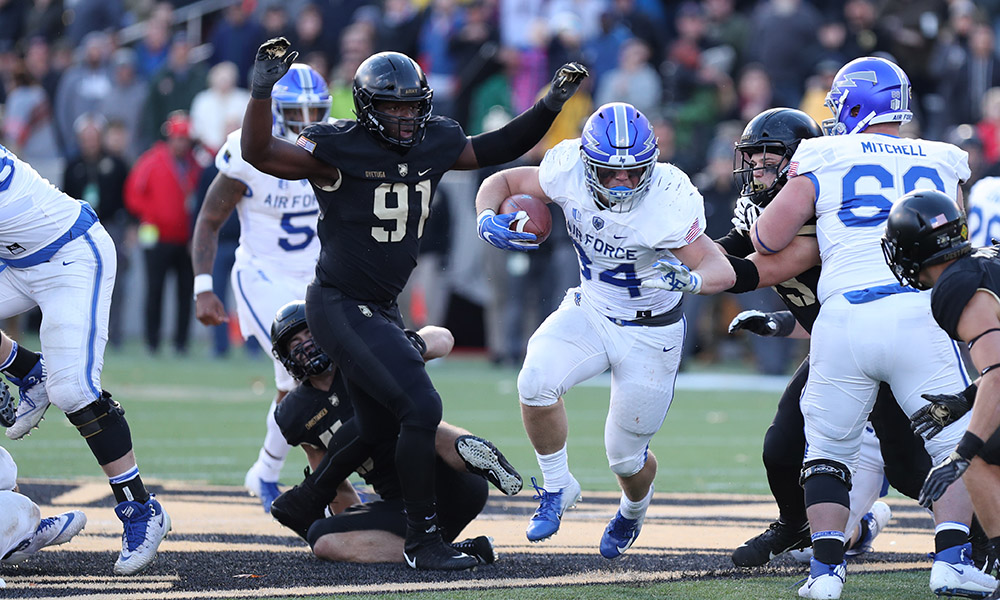 So, Army and Air Force are going to continue their service-academy football series at a new baseball stadium in Texas the next two years.

The announcement came as a bit of a surprise Thursday morning during a week where the two teams will play for Commander in Chief’s trophy Saturday at Michie Stadium without fans.

The Army-Air Force game hasn’t been played at a neutral site since Soldier Field in 1965.

Globe Life Field in Arlington, Texas will play host to the game the next two Novembers.

Army fans will have to wait until at least 2024 to see the Black Knights play Air Force at Michie Stadium with the announcement.

Money. College athletic departments are struggling for revenue during the coronavirus pandemic. I was told by former Army athletic director Boo Corrigan a few years back that the athletic department makes about $1 million when it sells out Michie Stadium. (The Air Force game is traditionally a marquee matchup and has drawn a sellout crowds). Ticket prices have increased since then so the Texas Rangers or sponsor Lockheed Martin must be paying Army and Air Force more handsomely.

Recruiting. Texas has always been a recruiting hotbed for Army. But, Air Force also recruits the Lone Star State hard.

Losing Air Force off any home schedule is a blow to Army fans. Schedules can change especially with the shuffling of dates to fill this year’s slate due to the pandemic. But, from information that we have gathered, Army’s 2022 home schedule is Texas-San Antonio, Louisiana-Monroe, Georgia State, UConn and an FCS school.

Can fans be asked to keep paying for Michie Stadium experience with that home schedule?

“Might be time to rethink,” said one Old Grad and longtime season-ticket holder. “Fan loyalty has its limits.”

There was a fan pushback the last time that Army was going to move a home game against Air Force to Yankee Stadium in 2012. The Yankees’ postseason schedule pushed the game back to Michie Stadium.

The reaction on social media has been mixed on this move. Some Army fans said playing the 2021 game in Texas is better than Colorado’s high altitude, deemed an advantage for Air Force. Others simply said they weren’t in favor of the series moving games away from the academies. Another fan asked for “big” game to be schedule at home in 2022.

One fan’s take was moving to a neutral site, “enhances the status of Army-Air Force and increases the visibility of service-academy football in Texas.”