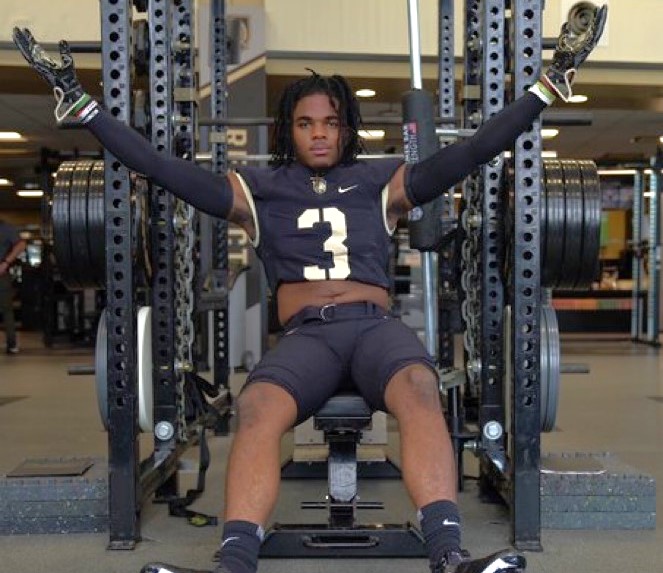 Logan Mackey heard all about the mystique of West Point prior to his football visit.

Mackey’s visit exceeded anything he could imagine during Army’s Knight on the Hudson recruiting event on July 29.

“It passed all of my expectations,” said Mackey, a senior cornerback at Houston’s C.E. King High School. “It had more to offer than what I imagined out of a college like that. The education is out of this world.”

“The coaches treated me like no other (on his visit),” Mackey said. “I also had to look at the aftermath of football. Army has the best education in the nation so it was be a perfect place to develop my life as a man!”

Mackey added, “Coach Monken is also one of the most humble and caring coaches I have ever met and I have met a bunch of head coaches. He kept it real and really cares for the coaches and players.”

Army is getting a versatile defensive back in Mackey. The 6-foot, 198-pound senior earned a starting position at cornerback for King last year after Atascocita High School. Mackey had 42 tackles, two forced fumbles, an interception and a fumble recovery as a junior. He’s moving to strong safety this season.

“Knowing how to play both positions had coach Sloan very interested,” Mackey said.

Outside of football, one of Mackey’s favorite things to do is shop. Yes, shop. He’s a confessed sneakerhead.

“New York is the best place to (shop),” Mackey said. “I love to shop for Jordan 4’s. New York has the best shoe stores.”

“I definitely can’t wait to connect with the die-hard Army fans,” Mackey said.