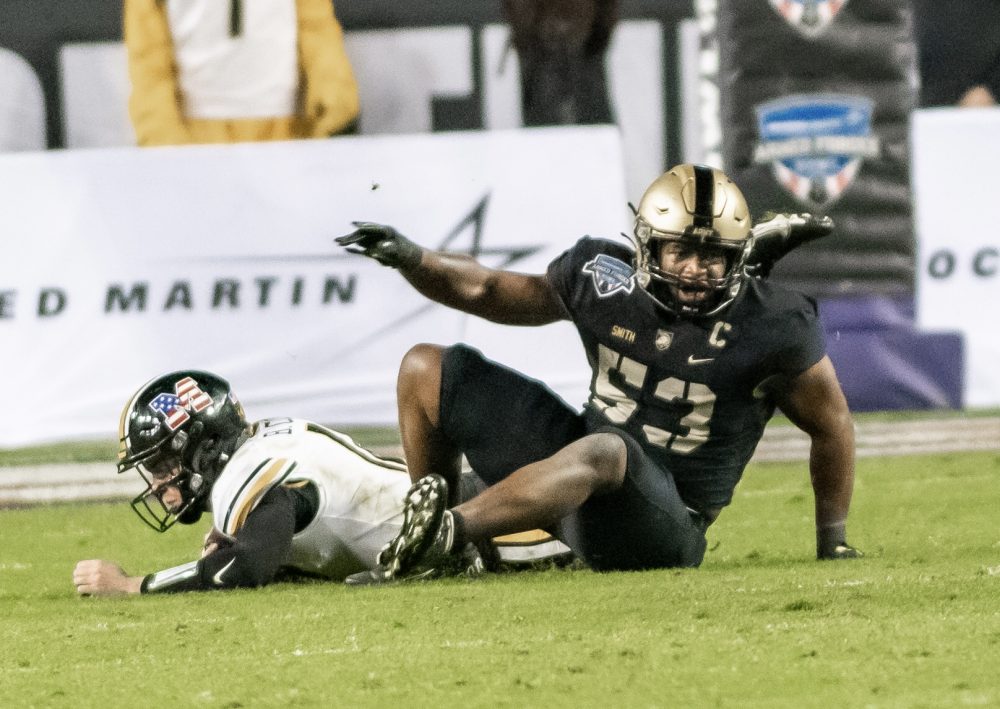 Army has featured a long line of talented inside linebackers during the Jeff Monken era.

Two of those linebackers – Cole Christiansen of the Chargers and Jon Rhattigan of the Seahawks – are currently on NFL rosters.

Arik Smith will have his opportunity to join Christiansen and Rhattigan. The Black Knights’ senior captain has been invited to Jacksonville Jaguars rookie minicamp, per Army football official Twitter account.

Monken said early in the 2021 season that Smith might be the best out of the group of inside linebackers that he’s had in his eight seasons at West Point. Smith’s instincts are off the charts. He’s one of the hardest hitters that Army’s defense had seen in Monken’s years.

The Jaguars will host their rookie camp from May 13-15 under first-year coach Doug Pederson. Linebacker was an area of emphasis for Jacksonville in last week’s NFL draft. The Jaguars took Utah linebacker Devin Lloyd with the 27th pick in the first round and selected Wyoming linebacker Chad Muma in the third round.