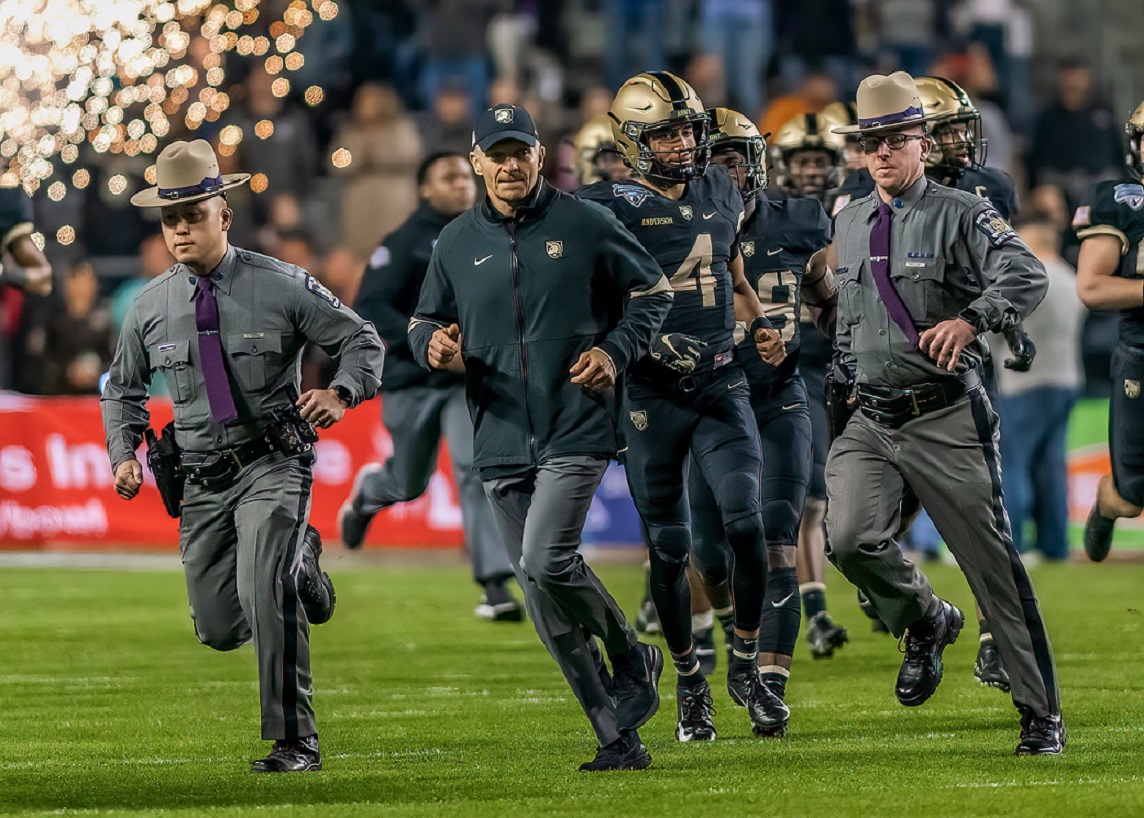 Who did College Football News recognize as the best coach of the bowl season?

Kirby Smart after leading Georgia over Alabama for the school’s first national championship since 1980?

None other than Army coach Jeff Monken earned the No. 1 spot by writer Pete Fiutak after the Black Knights’ 24-22 walk-off win over Missouri in the Armed Forces Bowl.

“Army not only won, it was by beating a Power Five team – that almost never happens,” Fiutak wrote on College Football News. “Oh yeah, and it won by mountain a great late comeback to pull off the stunner over the big, bad SEC squad.”

The victory was Army’s first over a Power Five team since 2017 (Duke) and first over an SEC school since 2009 (Vanderbilt). Jabari Laws and Army drove 51 yards in the last 71 seconds to set up Cole Talley’s 41-yard field goal as time expired.

Fiutak added, “It has to keep being mentioned every time a service academy does something like this. The talent level isn’t even close. Oh sure, there are a few Black Knights who could play for Mizzou, but it’s scheme, scheme, scheme and brilliant execution. Give the players credit for getting it done but it was a whale of a job by the coaching staff to pull this off.”