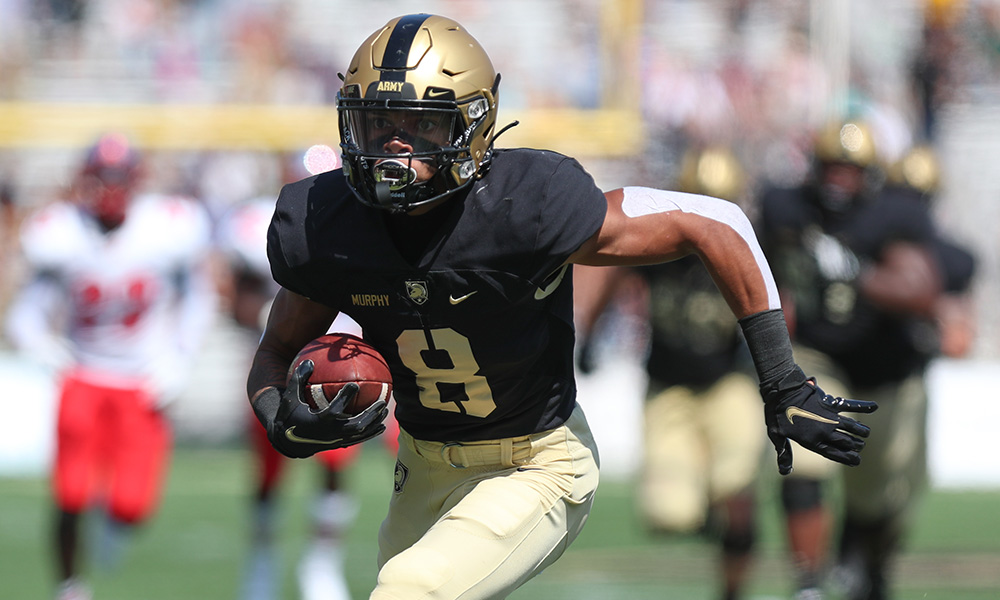 Army fans roared as Christian Anderson dropped back to pass.

The play call may have caught Western Kentucky off guard on the Black Knights’ opening drive.

Army PASSED on 3rd-and-1 from Western Kentucky’s 38. Christian Anderson completed a pass in the left flat to slotback Brandon Walters for 17-yard gain.

The Black Knights took to the air on their second scoring drive as Anderson found Braheam Murphy wide open for a 40-yard TD pass. It was the second straight week that Anderson has thrown a touchdown. Murphy now has caught a touchdown in consecutive games. When was the last time an Army quarterback threw a touchdown pass in back-to-back weeks? Junior Jemel Jones accomplished feat against Abilene Christian and The Citadel last October. Anderson is 4-of-5 for 72 yards in the first half.

The Black Knights continue to move the ball with Anderson under center. Anderson made his sixth career start in place of senior Tyhier Tyler, who was injured in the season-opening victory over Georgia State. Army drove to Western Kentucky on its opening drive but lost its first turnover of the season when fullback Anthony Adkins was hit and fumbled. Army scored a touchdown in its next three possessions of the first half.

For the second straight game, Army’s defense came away with a takeaway on the game’s opening drive. Safety Marquel Broughton stepped in front of a Bailey Zappe pass for his third career interception. Army’s secondary almost have another takeaway late in the first half but Jabari Moore had a potential pick knocked away.

Moore made an excellent play, batting away Zappe’s fourth-down pass earlier in the half.

Army’s secondary, which didn’t allowed a pass for more than 16 yards last week against Georgia State, has given up some big plays to Zappe and Western Kentucky’s air attack including a 72-yard touchdown to Jerreth Sterns. Zappe had thrown for 236 yards at the break.

Army fullback Jakobi Buchanan moved the chains three times in the first quarter including a fourth-down conversion on the final play of the first quarter. Buchanan scored for the third straight game on a 1-yard run to give Army 21-7 lead in second quarter.

Western Kentucky outgained Army 253-230 in the first half