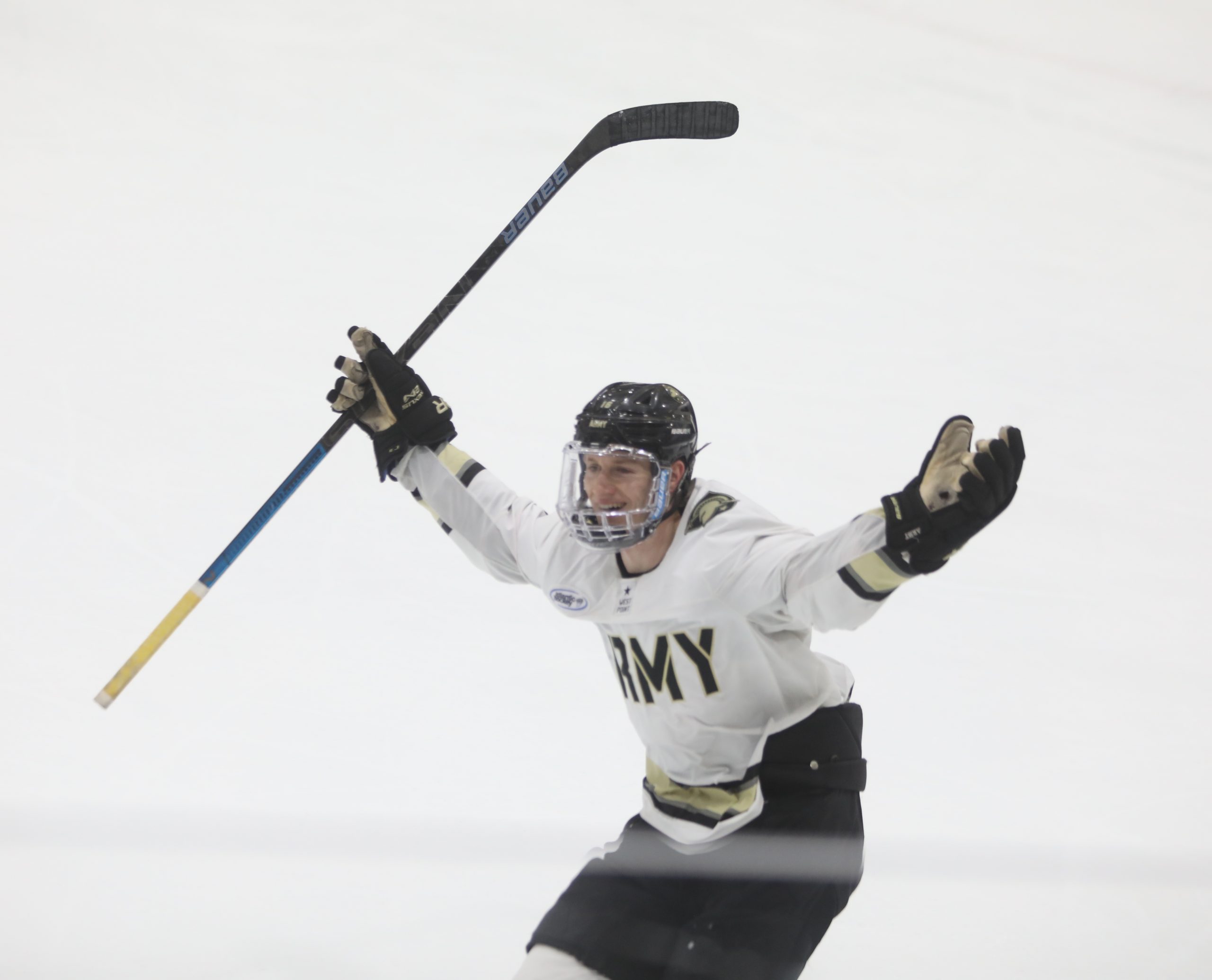 Daniel Haider scored the overtime winner for the second time in nine days over Bentley as the Black Knights captured a 2-1 victory at Tate Rink. Haider fired a one-timer past Bentley goalie Jason Grande at the near post. He provided the winner in a 3-2 win against Bentley on Feb. 12.

Army (11-3-2) won for the ninth straight time. The Black Knights clinched a first-round bye in the Atlantic Hockey tournament with the win and will host a quarterfinal series March 12-14.

Another tightly-contested game could be a preview of the postseason.

“It seems like we’ve been in these games all year and that’s what we talked about going into the third period, being comfortable in this type of game,” Army coach Brian Riley said. “It had a playoff feel to it.”

Goalie Trevin Kozlowski kept the game knotted at 1 with a diving save midway through the third period. Kozlowski finished with 20 saves.

Colin Bilek tied the game with a first-period goal. Bilek has scored a point in every goal of Army’s winning streak. Bilek’s team and league-leading 13th goal came off a Anthony Firriolo’s pass from behind the net.