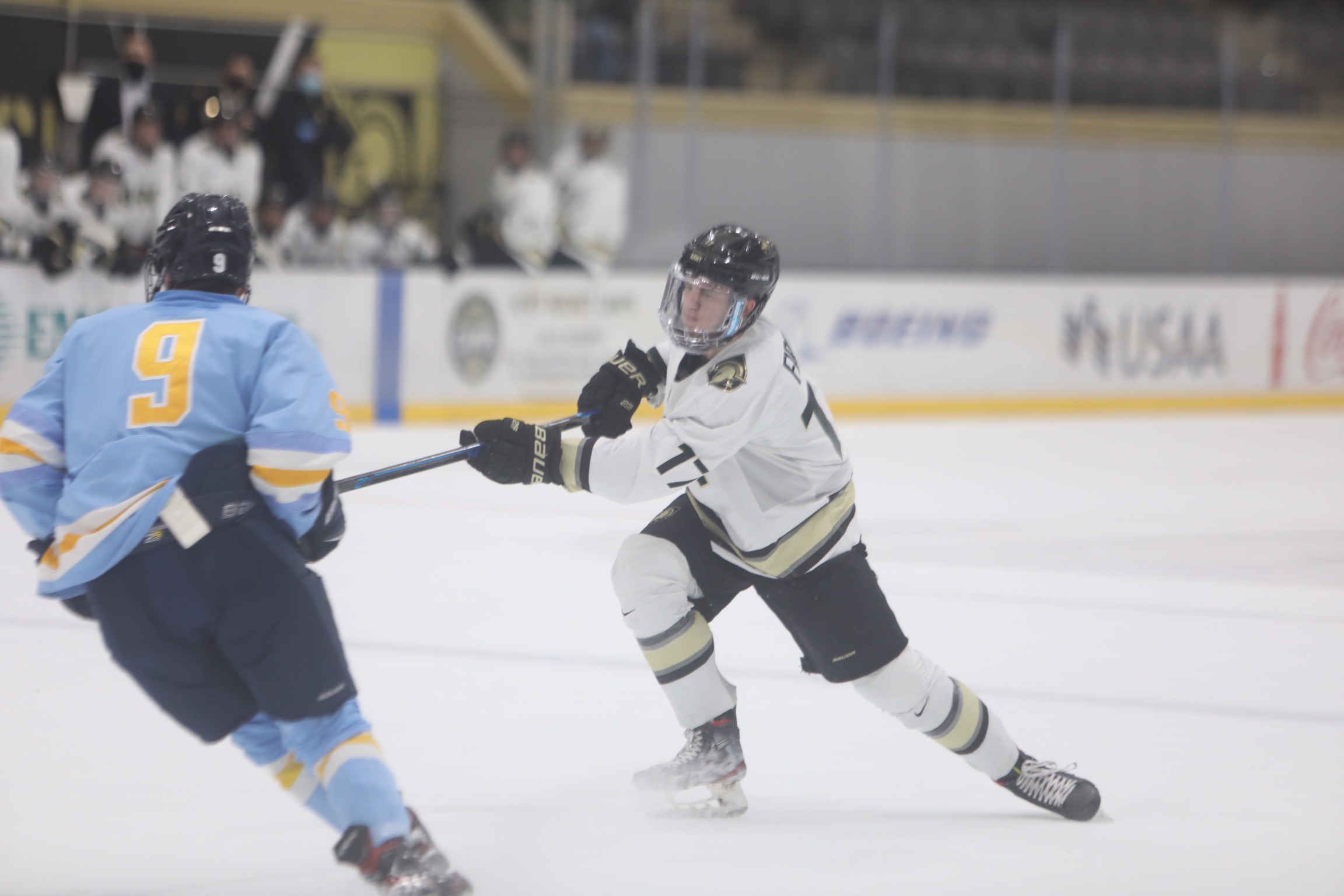 Sophomore defenseman Anthony Firriolo, who entered Saturday’s game against Long Island University with two goals on the season, recorded a hat trick and added two assists in a 6-3 victory on Senior Night.

Firriolo scored his first two goals on the power play and finished off Army’s scoring with an empty-net goal as the Black Knights extended their unbeaten streak to 11 games.

Firriolo’s five-point game was the first by an Army player since 2007.

The streak is longest in the Brian Riley era and longest since the 1995-96 team’s 12-game run.