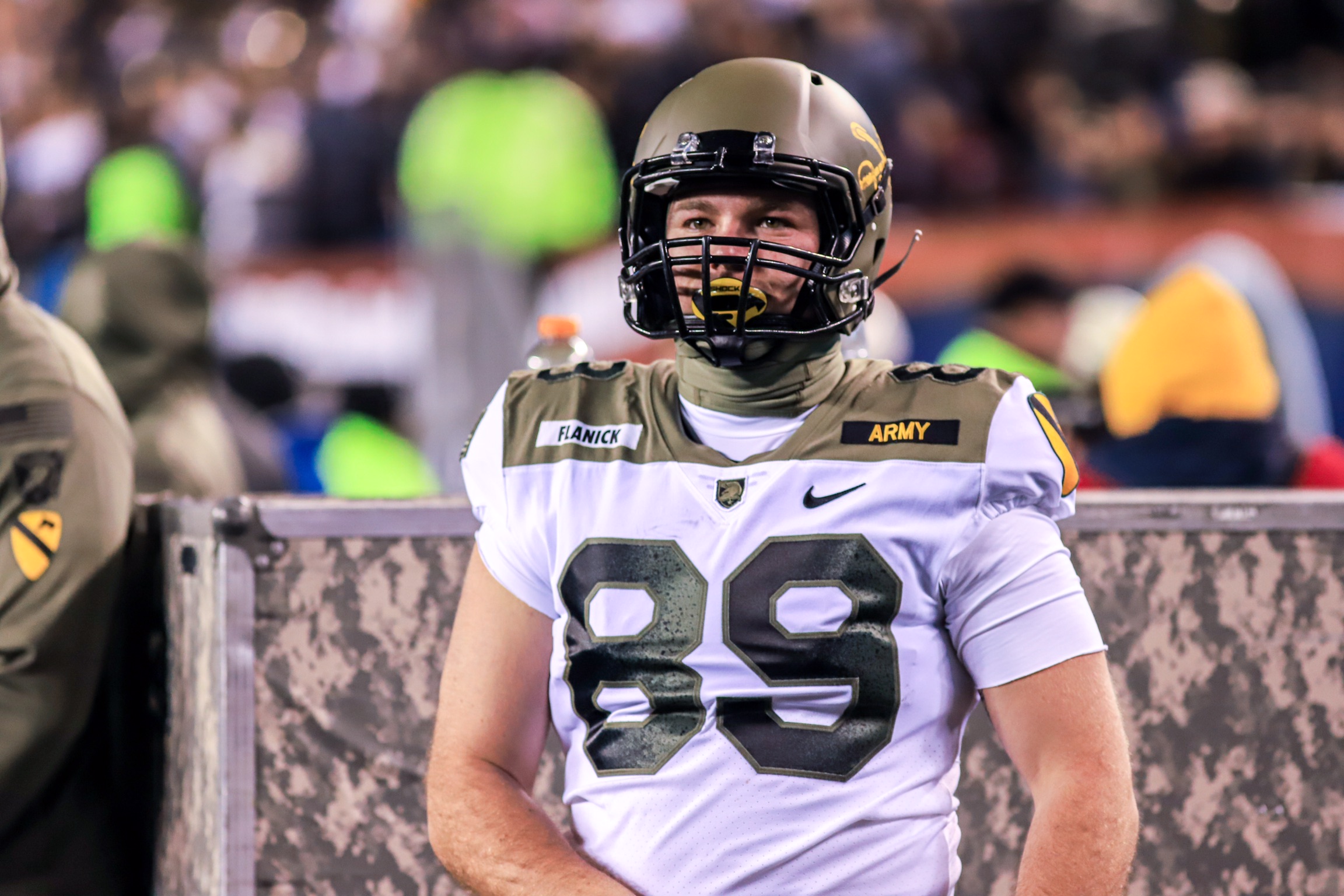 Scott Flanick’s football career may be getting a second iife.

Flanick, Army’s long snapper for the 2016-2019 seasons, was selected in the 35th round of the USFL draft by the New Jersey Generals Wednesday. He was the first pick in the round designated for long snappers.

The eight-team USFL kicks off its spring season on April 16. All of the league’s games will be played at Legion Field in Birmingham, Ala. Training camps are scheduled to start on March 21.

Flanick, a 2020 West Point graduate, is currently serving in the United States Army at Joint Base Lewis-McChord in Washington state. He played in 25 games in his college career for the Black Knights.