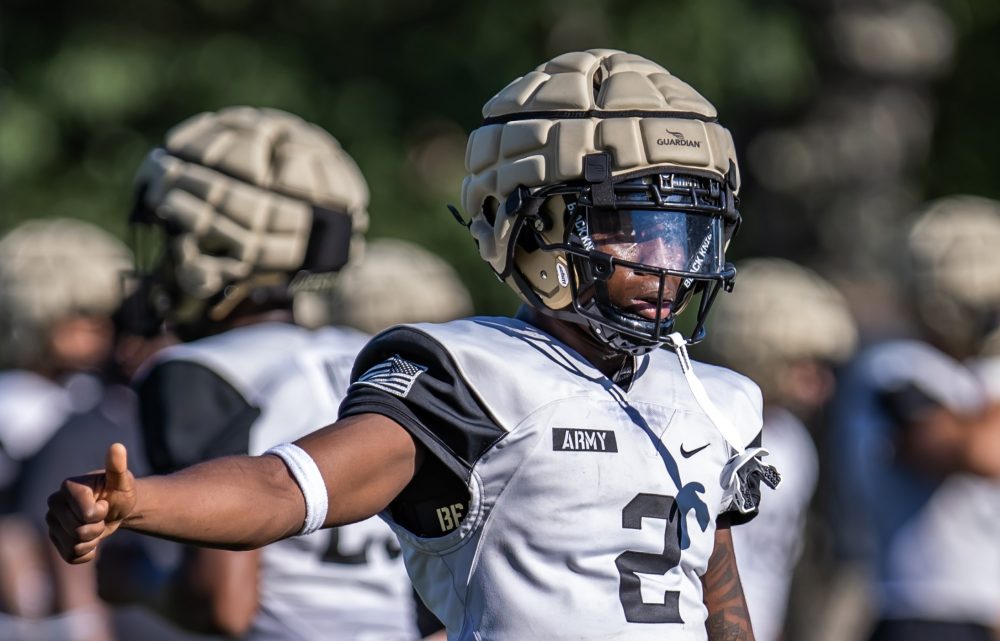 Bo Nicolas-Paul’s 21st birthday was a blessing in more ways than one as the Army cornerback views it.

With every passing day as a cadet, Nicolas-Paul knows that he is making his mother, Mirlande, proud.

“She brags about me every day,” Bo Nicolas-Paul said. “Being to keep doing what I’m doing and taking steps forward I know it’s making her happy. That’s the blessing I get.”

Mirlande Nicolas-Paul raised three children on her own in Irvington, N.J., a city bordering Newark. Bo never forgets what his mother has done for him. Multiple tattoos are not a reminder but admiration to her. There’s a portrait of his mother on his left leg, an angel with her name, her nickname with the words “I’ll stand by your side forever and always.”

Nicolas-Paul’s other tattoos include a symbol of he and his mom “forever being locked in,” the phrase “My family’s keeper for them I risk it all,” and the numbers “973”, Irvington’s area code.

Army’s junior cornerback has an extreme sense of pride in family and where he’s from. That determination comes out in Nicolas-Paul on and off the field. It’s a certain swag that could lead to Nicolas-Paul as one of Army’s breakout players this season.

Whether it’s as a cornerback, one of the team’s most competitive positions, nickelback or a gunner covering punts, there’s potential for a big play when Nicolas-Paul is in the game, starting with Army’s opener at Coastal Carolina Saturday.

Nicolas-Paul is putting in the work, getting extra reps with two-year captain and three-year starting safety Marquel Broughton. He recovered a fumble in two of Army’s three preseason scrimmages.

“He’s a smart kid and he’s a ball player,” Broughton said during the preseason. “He knows how to make plays. He knows how to do his job. He’s gaining this confidence about him and that confidence is scary because he’s doing real good. He’s ready to take that next step and we’ll see a lot of him this season.”

Rutgers were the first school to jumpstart Nicolas-Paul’s recruiting. He watched Rutgers growing up and originally thought it would “be cool staying home” and playing at the next level. Ironically, Army offered Nicolas-Paul during a Rutgers camp in June 2018. Former defensive line coach Chad Wilt has started Army’s recruiting of Nicolas-Paul the previous spring. Wilt and former defensive coordinator Jay Bateman watched three 1-on-1 reps of Nicolas-Paul and offered him. Nicolas-Paul credits his high school coach Barris Grant for pushing him to attend the camp.

“I wasn’t suppose to attend that camp but he (Grant) just said, “Let’s ride” the day of,” Nicolas-Paul said. “He said he had a good feeling about it and I grabbed my cleats and asked my mom for a little bit of money to pay for the camp and we went.”

“I just felt it in my heart that it felt right,” Nicolas-Paul said of the Army offer. “I took an unofficial visit maybe three weeks after that offer and I committed real soon after.”

Now, Nicolas-Paul is committed to being the best teammate that he can be. He wants to serve as a mentor to Army’s younger cornerback.

“First and foremost is just being a great person and everything else falls into place,” Nicolas-Paul said.