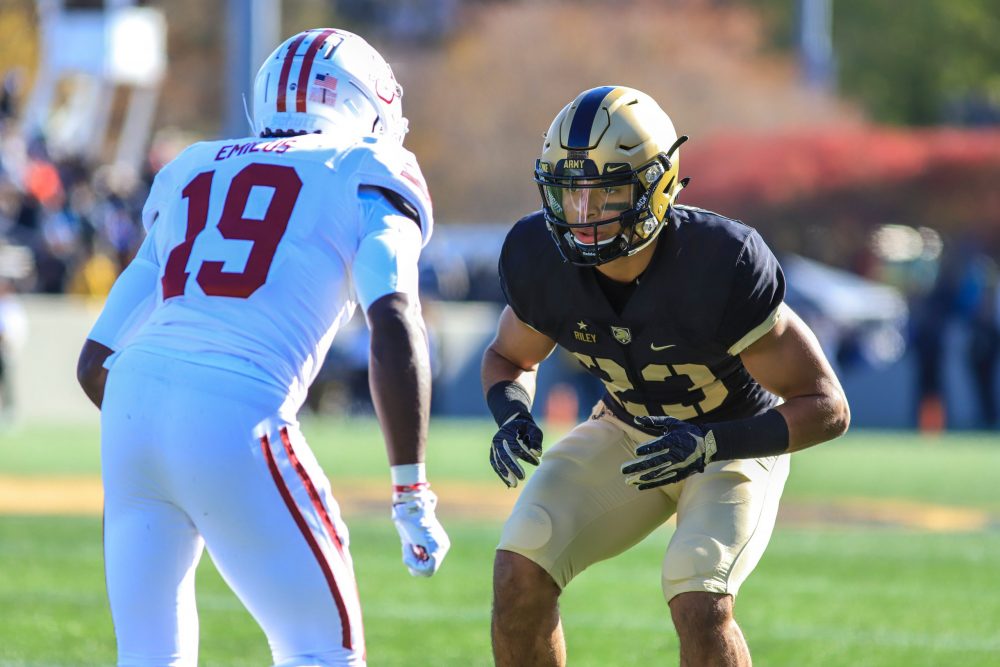 The wait is over for former Army cornerback and captain Elijah Riley to make an NFL impact.

Riley was signed off the Eagles practice squad by the Jets and added to New York’s active roster. The safety and four-year starter for the Black Knights is expected to make his Jets’ debut against the Bills Sunday at MetLife Stadium.

The Jets were looking for help in their secondary after Marcus Maye tore his Achilles Thursday against the Colts Sunday.

After a strong preseason with Philadelphia, Riley was signed back to the Eagles practice squad following final cuts. He was elevated to the active roster for one game this season. The Eagles protected Riley on their practice squad several times. Riley appeared in five games for the Eagles last season. He’s looking to record his first NFL tackle.

Riley was a key player in the resurgence of Army football from 2016-18, starting 41 games in his college career. He finished with 201 career tackles, 17.5 tackles for a loss and seven interceptions. He put an exclamation point on Army’s 2017 Armed Forces Bowl win over San Diego State with a 29-yard fumble recovery for a touchdown.