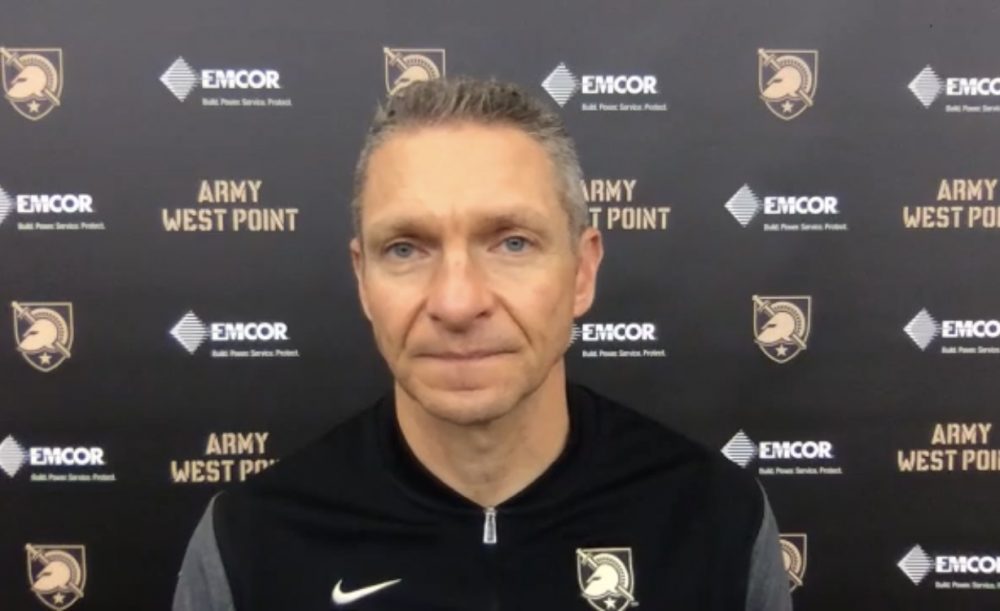 The overtime victory was Army’s first in six weeks. It would have unbearable if the outcome was reversed and the Commander in Chief’s trophy was anywhere but West Point.

“When you pour everything into a game like that and you finally come out victorious, you are just relieved,” Monken said Monday of Army’s 21-14 overtime triumph. “I’m relieved to not have to live through the agony of losing. It’s agonizing to lose those games. I’m thankful that we found a way.”

The challenge for Monken and his staff is to keep the team improving as Army (5-3) is one win away from bowl eligibility. Up next for the Black Knights is a 1-8 Bucknell team, which has scored only 88 points on the season, Saturday at Michie Stadium.

“I think it’s very difficult (coming off an emotional win),” Monken said. “It is such a physically-draining game not only because of the competition – and it was a physical football game on both sides – but emotionally that just drains a human being. Anytime we go through something that is emotional, we feel drained. We feel tired and it is a challenge to get back up and rolling again.”

Monken added: “That’s really our message to them and going to be our focus for our team throughout this week is to try to work to get better. There were a lot of things on Saturday that we could have done a lot better, just fundamental things that we failed at and assignments that were missed. We can’t allow that to happen. We have to work hard to correct those things and hopefully play our best football game of the year this week.”

“I think our guys are just confident in who we are as a team and it didn’t take the game Saturday to have that confidence,” Monken said. “I think it’s just a really good strong group of guys and they are really tough. I think we have a tough football team and Saturday didn’t qualify that. I thought that before we went into the game and still think that coming out of the game.”