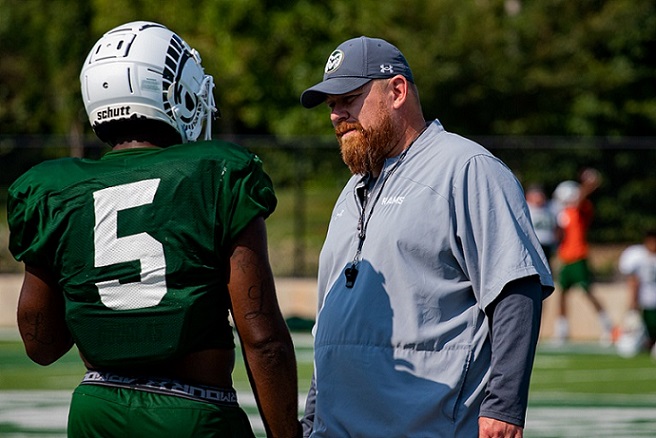 Cronin comes to West Point after two seasons as Colorado State’s linebackers coach. Army has yet to announce the hiring of Cronin. It’s likely that Cronin will coach Army’s defensive line.

Eric McDaniel, Army’s defensive line coach, will be joining has Shiel Wood on Troy’s defensive staff, we are told.

A two-time national champion at Georgetown (Ky.) College, Cronin started his coaching career at Clarion in 2004 and was a graduate assistant at Marshall (2005) and Florida (2006-08) before landing a position as defensive line coach at The Citadel in 2009.