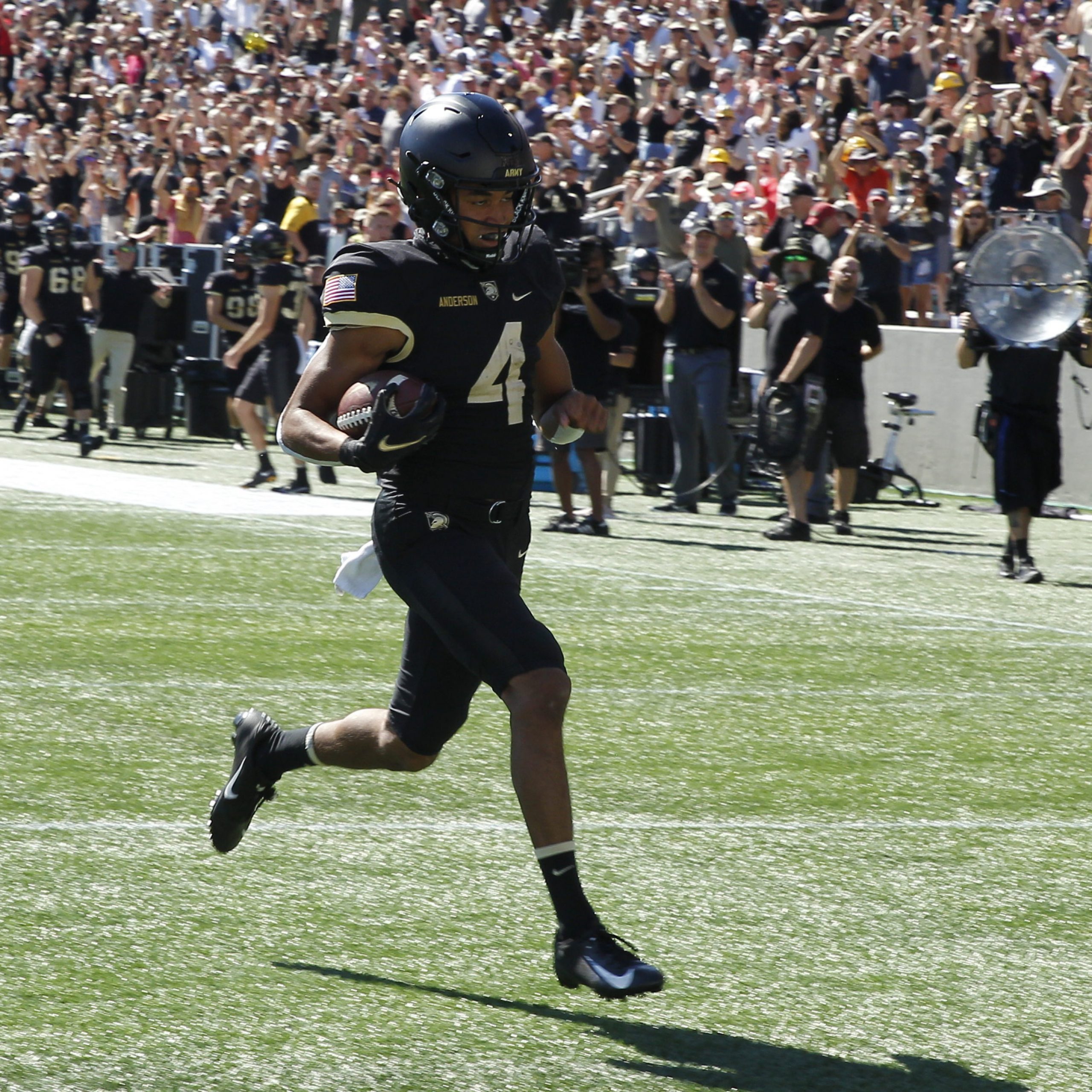 Coach Jeff Monken said Anderson did not break “anything” when he fell to the turf on his right shoulder following a hit from Ivan Pace of Miami (Ohio) in a 23-10 win Saturday.

“It’s a painful injury that he’s got,” Monken said during his Monday press conference. “(We’re) just going to have to work on getting the swelling out and getting him healthy. He’s still hurting pretty good from the injury. We’ll get him rehabilitation every day.”

A sign of relief after Anderson turned in a career game before the injury in the fourth quarter. Anderson rushed for 236 yards and became the first Army quarterback to have two touchdowns runs of 70 yards (72 and 75 among his first four carries). Anderson tweeted Saturday after the game, that he was, “going to be just fine.”

“We’re just going to see how it progresses,” Monken said. “We’re not sure on the timeline of it right now.”

Army travels to Ball State Saturday followed by a bye week ahead of a primetime game at Wisconsin on Oct. 16.

Junior Tyhier Tyler, who started Army’s season opener before an injury on the second series, returned to action against Miami (Ohio). Tyler finished the game and picked up a key fourth down on Army’s final drive.