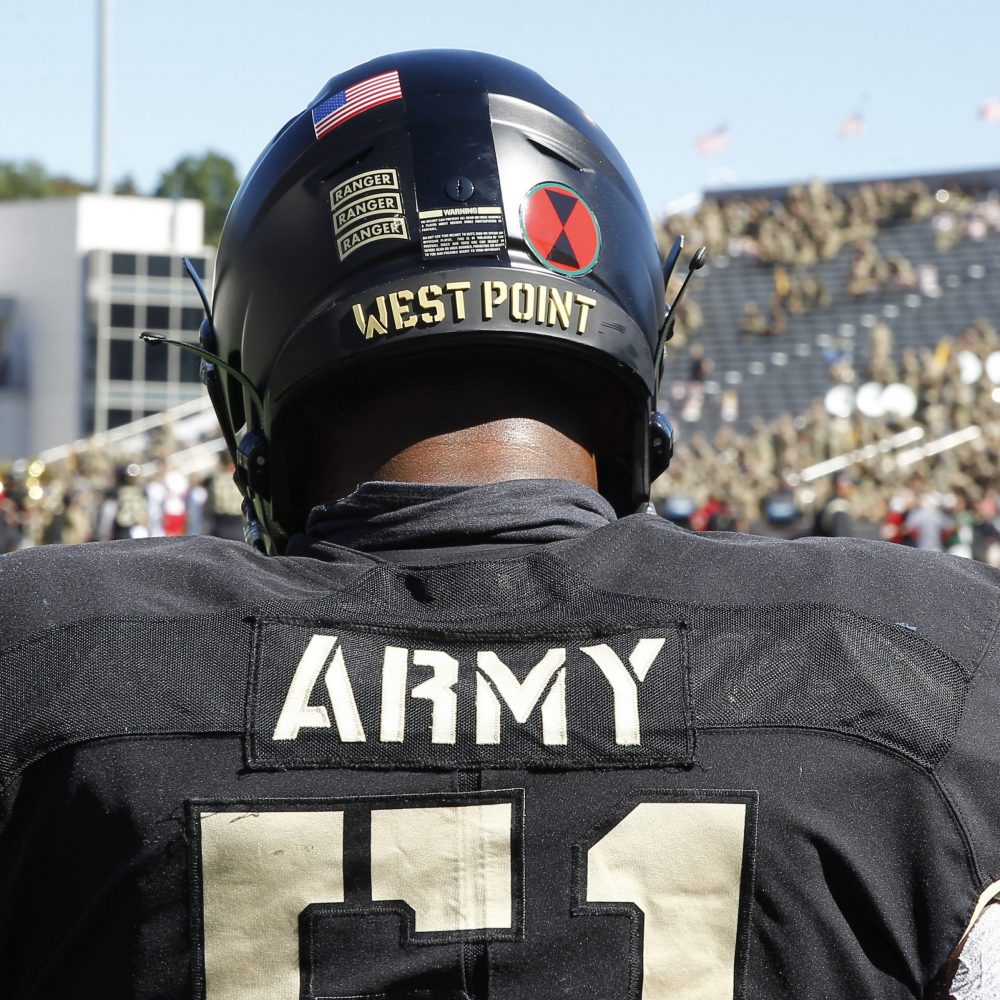 Saturday’s 23-10 victory over Miami (Ohio) was Army’s fourth win without completing a pass since 2017 and its second time against the RedHawks in that fashion.

The Black Knights defeated Eastern Michigan and Air Force in 2017 and Miami in double overtime in 2018 with zero pass completions.

Senior quarterback Christian Anderson’s career-high 236 rushing yards was the highest total among Division I-A quarterbacks this season and the fifth-best performance overall. Anderson’s 236 yards are No. 6 on Army’s all-time list players this season and the sixth-best effort in Army history. Anderson’s total ranks third among Army quarterbacks behind Ahmad Bradshaw’s 265 (Air Force) and 244 (North Texas) in 2017. He received a Helmet Sticker from ESPN’s College Football Final from Joey Galloway for his performance that includes 72 and 75-yard touchdown runs.

Anderson’s 42-yard third-quarter run will be on the team’s 2021 season highlight video. How three Miami defenders didn’t tackle Anderson inside Army’s 5 for a loss is a mind-boggling. Great escapability by Anderson and he nearly broke off another long touchdown run.

Anderson left the game in the fourth quarter with an apparent shoulder injury. He tweeted out an update Saturday. night.

Army shut out Miami in the first 15 minutes and have not allowed a point in the first quarter this season. Nose tackle Nolan Cockrill and linebacker Spencer Jones set the tone of the game early up the middle as Army held Miami (Ohio) to 28 rushing yards on 20 attempts.

Army’s defense authored another goal-line stand at Michie Stadium in the third quarter. Arik Smith hurried Brett Gabbert’s first down pass. Smith and Jones teamed to stop running back David Afari at the Black Knights’ 1. Cunningham stuffed Afari at the 1 on third down and Cam Jones blanketed Gabbert’s fourth-down target to force an incompletion.

Cam Jones’ first-quarter pick marked Army’s sixth straight game with an interception. All four of the Black Knights’ interceptions have come in the first half this season.

NFL scouts take notice. Not going to find a better punt than Zach Harding’s boot in the fourth quarter that travels 63 yards and bounced out of bounds at Miami’s 3-yard line. Harding averaged 49.8 yards on five punts after not being needed the past two games. Shows the work that Harding is putting in practice.

Army is tied for the nation’s lead with three blocked punts after Reikan Donaldson and Malkelm Morrison’s deflections Saturday. Donaldson’s block was recovered on Miami’s 14. It was the 10th time that Army has started a drive in opponent’s territory this season. Now, Army needs to turn plays like Donaldson’s into a touchdowns and not field goals.

Don’t know if analytics had Army’s 4th-and-1 from its own 10 with a 10-point lead as a go but the Black Knights went for it any way and converted on Jakobi Buchanan’s 2-yard run. Buchanan leads Army with 15 first-down runs including six on fourth down. Army has 10 fourth-down conversion this season