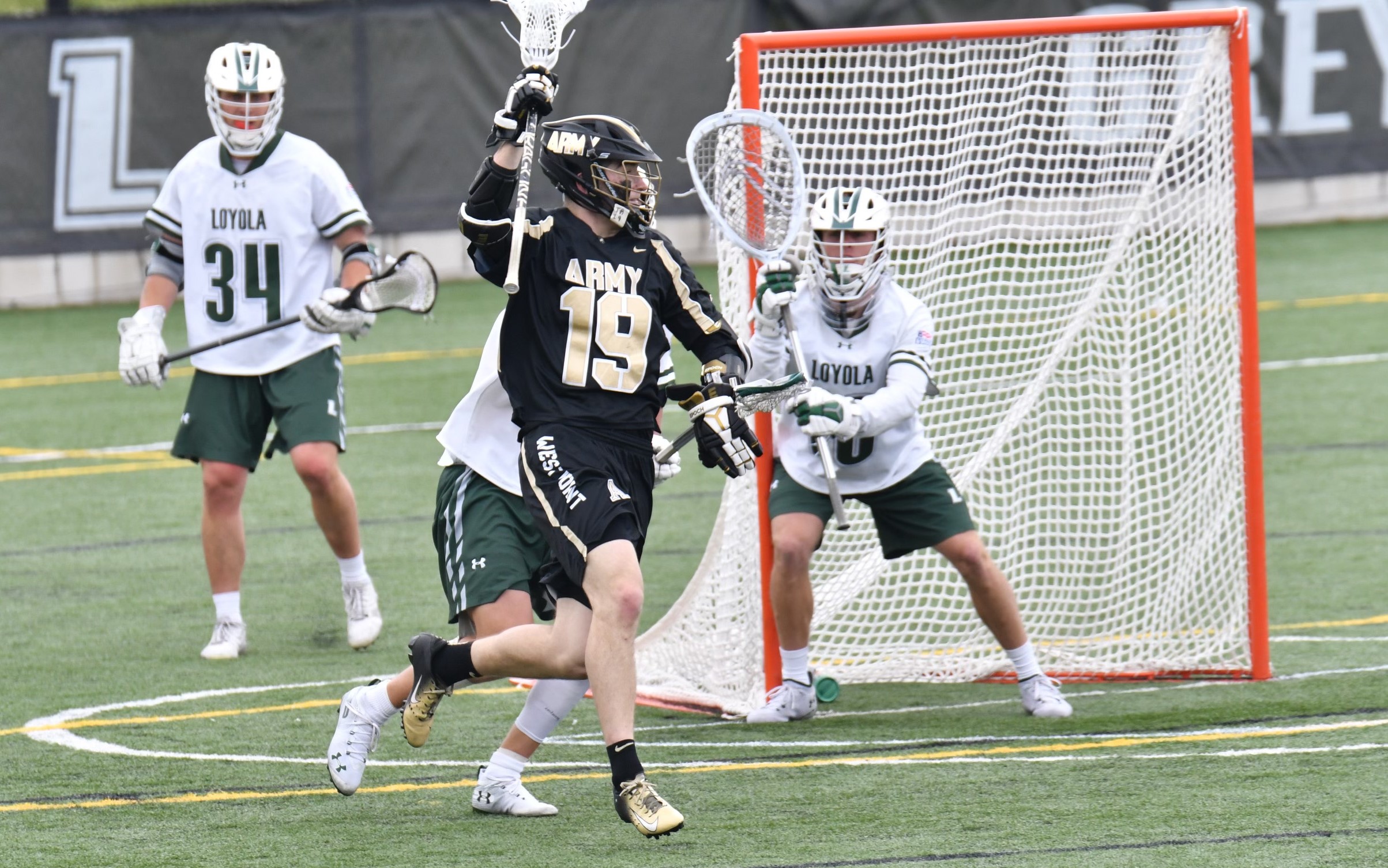 The matchups against No. 13 Loyola (Md.) dictated a different direction Saturday. Army midfielders were gaining the upper hand against the Greyhounds, opening up scoring chances for others.

“I don’t think another team has relied as much on one player as we have on Brendan Nichtern,” Army coach Joe Alberici said. “He has been phenomenal. It became apparent early on that we were winning battles in other matchups and Brendan just played his role and that was a big step for our team. Aidan Byrnes getting four and Nickolas Edinger have three and our second line middies on the field for a bunch of goals was good to see.”

Army’s defense held Loyola scoreless in the third period and limited Greyhounds’ leading scorer Kevin Lindley, who came into the game with 25 goals, to one score. Goalie Wyatt Schupler made 16 saves.

The Black Knights earned their second win over a ranked team this season. Edinger recorded his third hat trick of the season. Bobby Abshire added a goal.