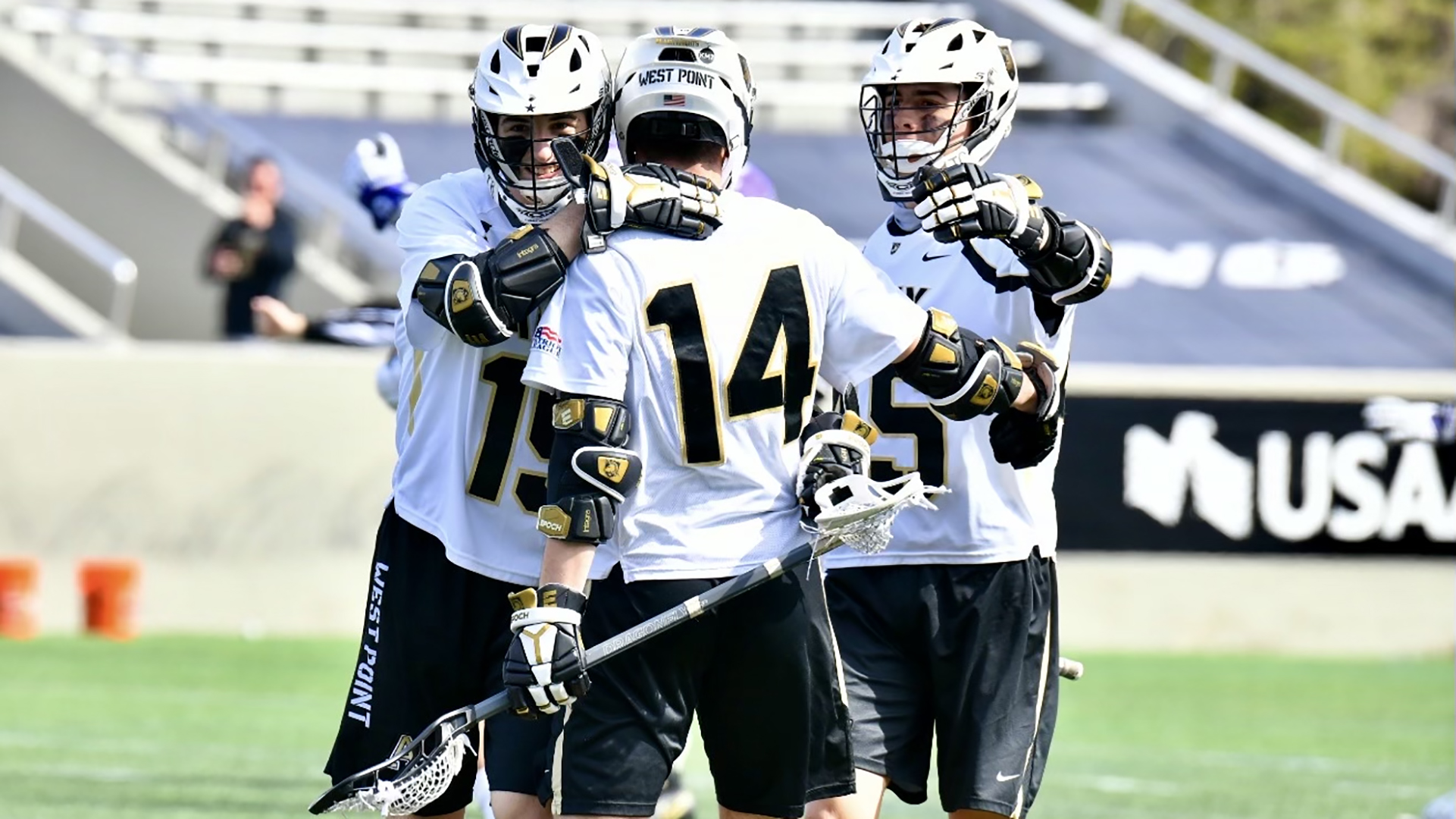 Bobby Abshire collected the pass from Brendan Nichtern and fired a rocket from eight feet away.

The shot hit the upper left-hand corner of the net 54 seconds into Army’s Patriot League game against Holy Cross and signaled that there would be no signs of 20-day layoff.

Stevie Grabner won the next faceoff and scored nine seconds later for No. 4 Army. The Black Knights played like a Top 5 team, scoring six of the first seven goals and opening up a 10-1 lead at halftime in their first action since March 6.

“I was concerned for us being away for three weeks,” Army coach Joe Alberici said. “We tried to prepare for the last eight days with scrimmaging to have us ready. But I don’t think I could’ve anticipated a 6-1 start at the beginning of the first quarter and 10-1 at halftime. A lot of credit to our guys and our leadership.”

Abshire recorded a hat trick. Nichtern scored his 14th goal of the season and assisted on five other goals – four in the first half. Freshman Bailey O’Connor scored the first two goals of his career. Nick Edinger added two goals for Army (4–1).