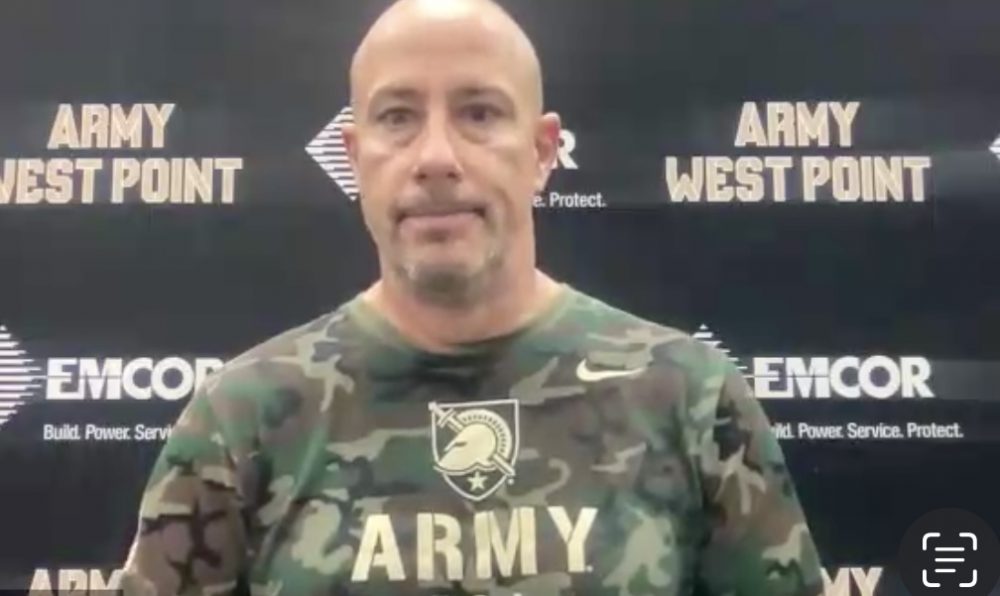 Army will have a new offensive play caller for the first time in nearly a decade.

Army had one of the nation’s top rushing offenses (yards per game) under Davis, who was also Monken’s offensive coordinator at Georgia Southern before Army. But, Army’s recent struggles against service academies Navy and Air Force are well-documented.

The Black Knights managed only 153 total yards (125 rushing yards, 2.6 yards average) in a double-overtime win over Navy and 78 rushing yards in a 13-7 loss to Air Force this season.

Army’s offense scored just four touchdowns (one in overtime this season) in its last four games against Navy. The Black Knights scored 51 points over the last four games vs. Air Force.

Davis helped make Georgia one of Army’s most successful recruiting states during his time at Army. Safety Rhyan England, linebacker Kenneth Brinson, slotbacks Kell Walker and Tyrell Robinson and defensive end Kwabena Bonsu are among the Army standouts from the Peach state.