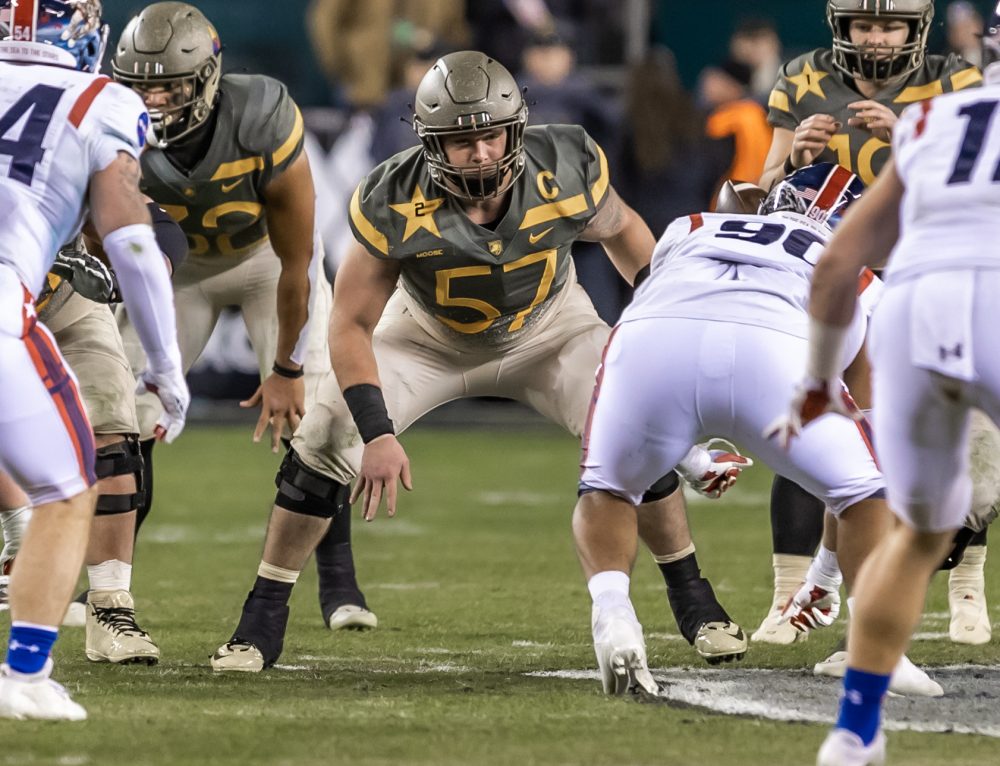 Broughton, a two-year captain, made 88 tackles, intercepted a team-high three passes and forced two fumbles. He finished his career with 244 tackles, 28th on Army’s all-time list, and seven interceptions. Broughton’s 21 passes defended are tied for 14th in academy history.

Carter, who played through injury and double and triple teams, had 41 tackles and led the team in sacks (3.5) and tackles for loss (7.0). He leaves West Point second in career sacks with 20.

Bishop, a captain, started all 12 games for the Black Knights. A three-year starter, Bishop was among the team’s leaders in snaps played.

Robinson, who was limited to five games due to injury, returned Army’s first punt for a touchdown since 2007 when he went 77 yards untouched against Villanova.

Tyler scored 12 touchdowns and finished his career with 24 scores, tying him with Kelvin Hopkins for third all time among Army quarterbacks.

Finucane started every game for the second straight season. Finucane’s consecutive start streak is at 25 games entering his senior year.

Certainly could make an agreement for Lowin on the first team. He was one of Army’s top defensive players all season long. Lowin topped the Black Knights with 100 tackles, including 16 in their season-ending win over Navy, and averaged 9.1 tackles per game, currently tied for 26th in the country.