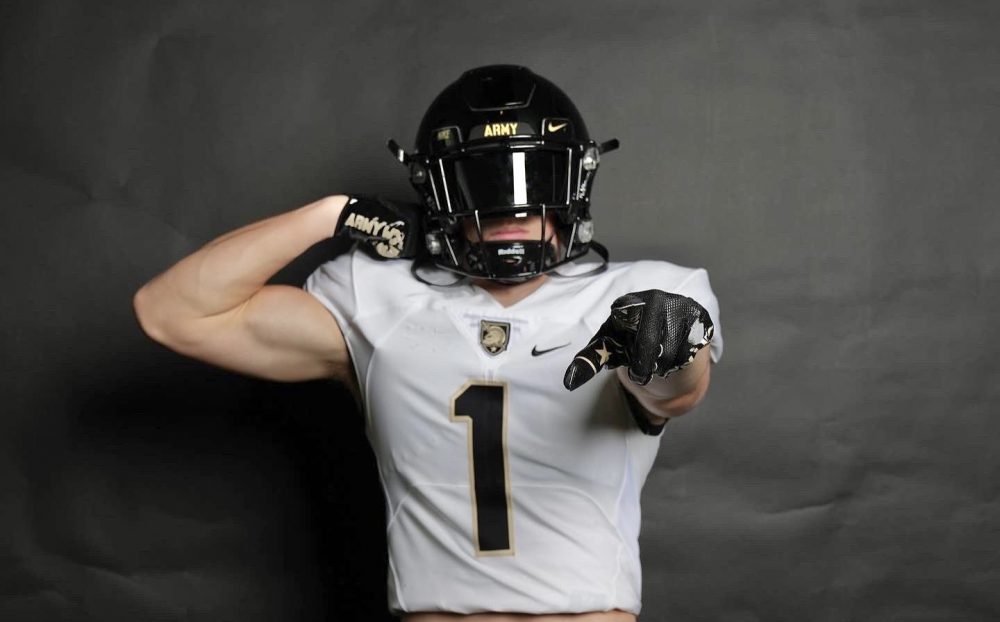 As Brady Anderson watched the Army-Navy game with his family in Minnesota, the thought of playing in college football’s most storied rivalry became more clear.

Anderson, who had watched the game with his father once or twice in the past, found himself rooting for Army “like crazy.”

“After they won and seeing all the love the players and other cadets showed each other and how much pride went into the game and how important that win was, it was something I definitely wanted to be a part of,” Anderson said.

Army wide receivers coach Aaron Smith flew into Minnesota for a home visit with Anderson the day after (Sunday). Smith made his recruiting pitch and asked Anderson if he had any questions.

“I told him, ‘All my questions had been answered and that I want to commit right now,'” said Anderson, a senior wide receiver from Edina High School.

Georgia State and Arkansas State had offered Anderson. He also visited Indiana and Wisconsin. Anderson took a visit to West Point on Dec. 2 and left impressed.

“The facilities and the campus itself and all the love the coaches showed me made me really excited about Army,” said Anderson, who had 1,052 combined rushing/receiving yards, nine touchdowns, 40 tackles and an interception as a senior. Anderson switched off from wide receiver to running back depending on Edina’s opponent. “I left thinking that this could really be the place I want to play.”

Watching the intensity of the Army-Navy game increased Anderson’s desire to play for Army. The pride of players stood out. Anderson has military service in his family – his grandfather in the Air Force and uncle in the Army.

“I loved seeing how much passion each player had to represent their school and branch against each other,” said the 6-foot-2, 200-pound Anderson, who averaged 10.9 yards per carry and caught 33 passes in 2022. “Then after the game seeing how much it meant to the whole school and the country, it made me realize how much I want to play in that game.”

“I would just like to let Army fans know that in everything I do I give 110 percent and for the next five years, I’m going to give everything I have to this program and help us win. And, I know my fellow commits will too. This class is going to be something different.”