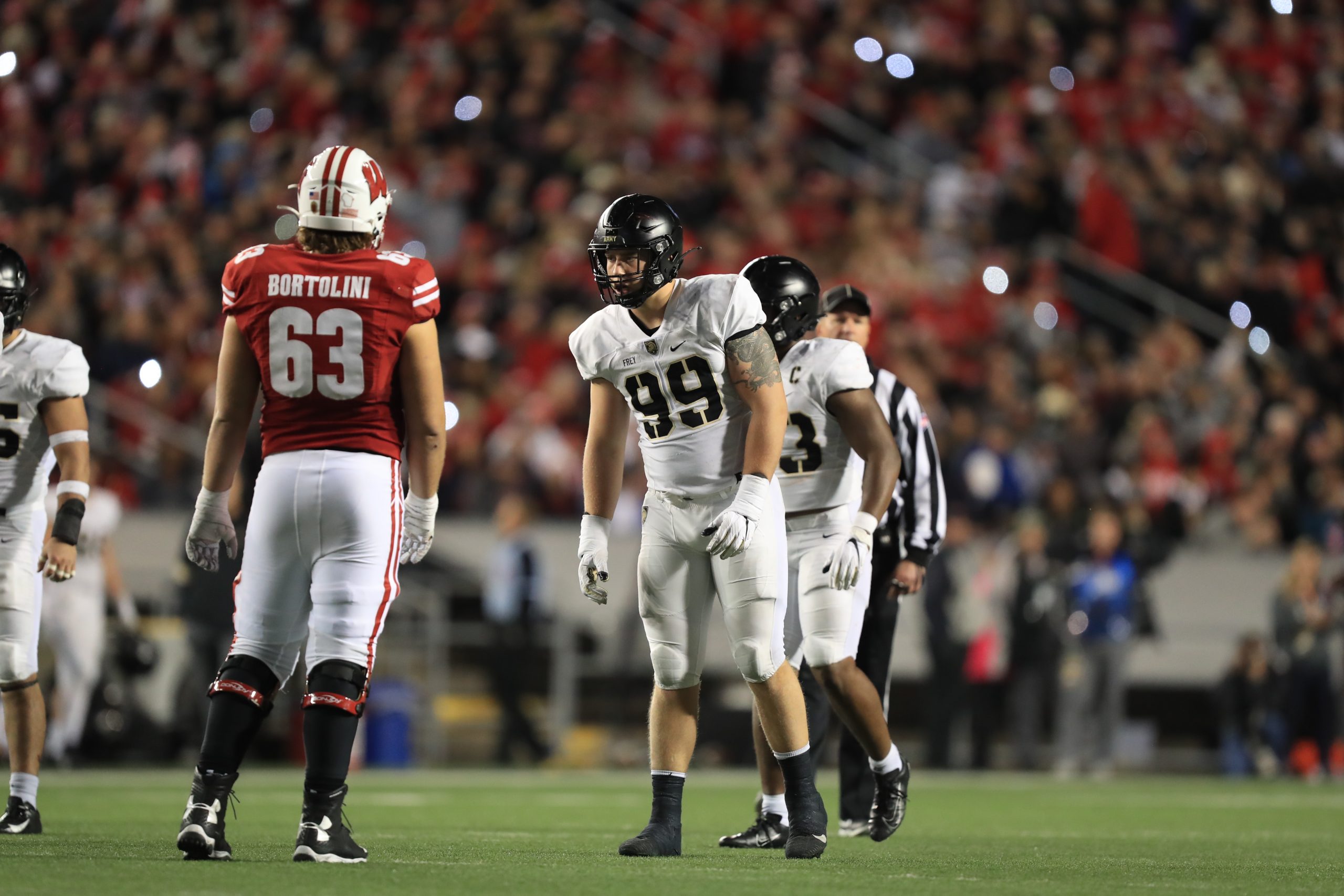 Frey fell to his knees and starting tearing. All the work that the Black Knights junior defensive end put in over the last year was for games like this.

There was a time during his sophomore season where Frey didn’t think he was playing his best football. Trying to navigate through the pandemic was a challenge as were the academics of West Point.

Frey talked to Hughes about life and the stress that he was under. Hughes became a mentor for Frey. Gains in the weight room, on the field and in maturity followed.

“I have a little more life experiences,” Hughes said. “I’ve had my successes and I’ve had my failures. You kind of walk him through that stuff. From his freshman year to now, just his transformation in who he is as a person and his football playing ability, it’s been awesome to watch.

A few days after the Air Force win, Frey posted a photo of himself and Hughes at Globe Life Field, the site of the Air Force win, writing, “Coach Hughes, you saved my life. I wouldn’t be who I am today if it wasn’t for you. You taught me how to carry my demons on a chain, and how to let them off. Last to run.”

“Like I said in that post, Coach Hughes saved my life,” Frey said. “Everything that I have accomplished and everything that I’ve done, it’s all a tribute to that man. He brought me out of my shell. He taught me things that I never thought I would understand or comprehend and I’m going to bring those same tools from the football field and into the Army and into the real world.”

Frey’s contributions to Army’s defense this season shouldn’t go unnoticed. Frey stepped into the first-team unit when projected starting defensive end Ryan Duran was injured early in the season. He was ready for the physical play up front, adding 15 pounds to his 6-foot-5 frame to 270 this fall. Frey has started six of Army’s eight games, making 15 tackles. He played in 10 games with three tackles last season.

It’s not about personal gain on the field for Frey. Giving every ounce of effort he has for his teammates is Frey’s drive. He wants Army’s seniors to go out winners in their last four regular-season games starting with Bucknell Saturday.

“I play for those guys because I know there’s four games left that we are guaranteed and I want us to go out on top so we can get that fifth (bowl) game for those guys,” Frey said. Army is bowl eligible with win over Bucknell.

Defensive coordinator Nate Woody said Frey has taken it upon himself to reach out to the younger players at his position and show them the way.

“Chris has improved tremendously from a year ago,” Woody said. “I thought he might have some potential last year. He’s just done a great job physically in the weight room, mentally in the weight room and stepping onto the field and really stepping up and being a leader for us. Chris is one that steps up and people listen to. He’s done a great job of stepping up and helping us win.”

Frey’s talks with Hughes haven’t stopped. Frey and Hughes have built a bond for life.

“It’s the best part of this job watching guys succeed whether it’s in the weight room, in their academics, in their social life, in their mental health,” Hughes said. “That’s why we do this. That’s why I wake up every single morning.
It’s not about wins and losses. It’s about how much of an impact you can make. I’m so proud of the person that Chris has turned into. But I’m so proud in all of guys in how they mature in their time here.”