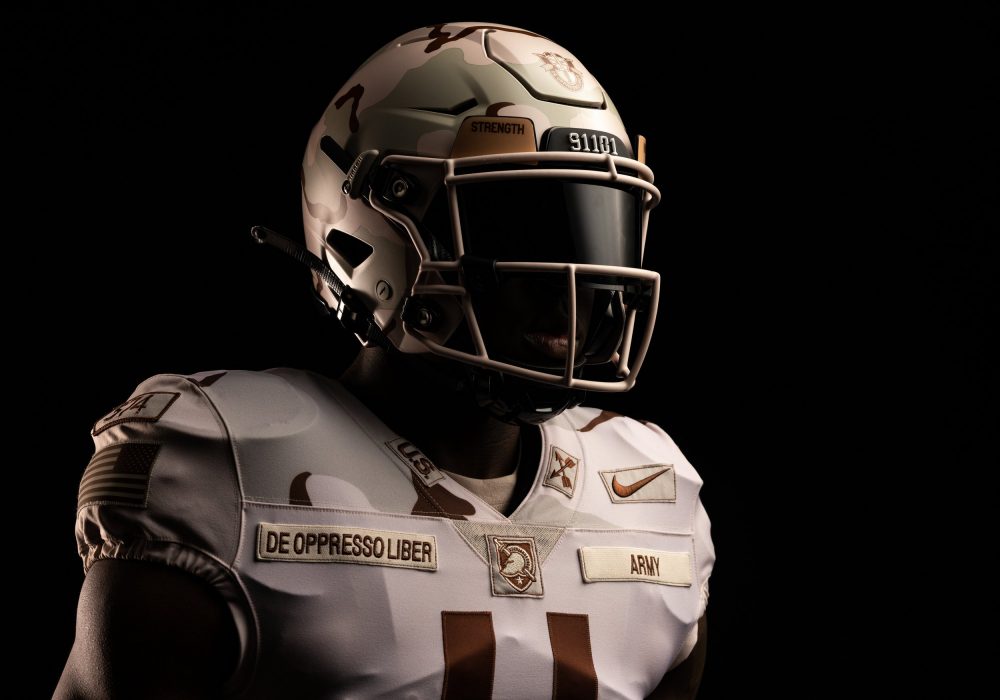 Army will honor the Special Forces Command when it takes the field against Navy on Dec. 11 at MetLife Stadium in East Rutherford, N.J.

The Black Knights’ alternate uniforms, which have the words “United We Stand” on the back of the jerseys, are in tribute to Task Force Dagger, an Afghanistan initiative following the September 11 attacks.

When asked what “United We Stand” means to him and his coaching staff, Jeff Monken said it speaks to “the spirit of our team.”

“Part of that is honoring the 9/11 attacks and each of the site that we were attacked on our own soil and how we stood together as a nation at that time and that time in our history and how it is important that we continue to stand together united as a country but even more so with a greater sense of community and recognizing the division that we still have in our country that remains.”

Monken added, “Regardless of what that is whether it’s race, creed, color, sexual orientation, whatever it may be, is to bridge the gap between those divisions and come together and stand together as a country. It’s important that we do that and work on that every day. Not for it just to be words but for that to really be an action that we unite.”

The 5th Special Forces Group, deployed from Fort Campbell, Ky. to Afghanistan, is the unit that the uniform is dedicated.

The Army-Navy game will be played three months after the 20th anniversary of the 9/11 attacks. It’s the first Army-Navy game in East Rutherford, N.J. since 2002 and the first time that the service-academy rivalry will be contested at Met Life Stadium.