Army stressing basics on road back from 1-4 start 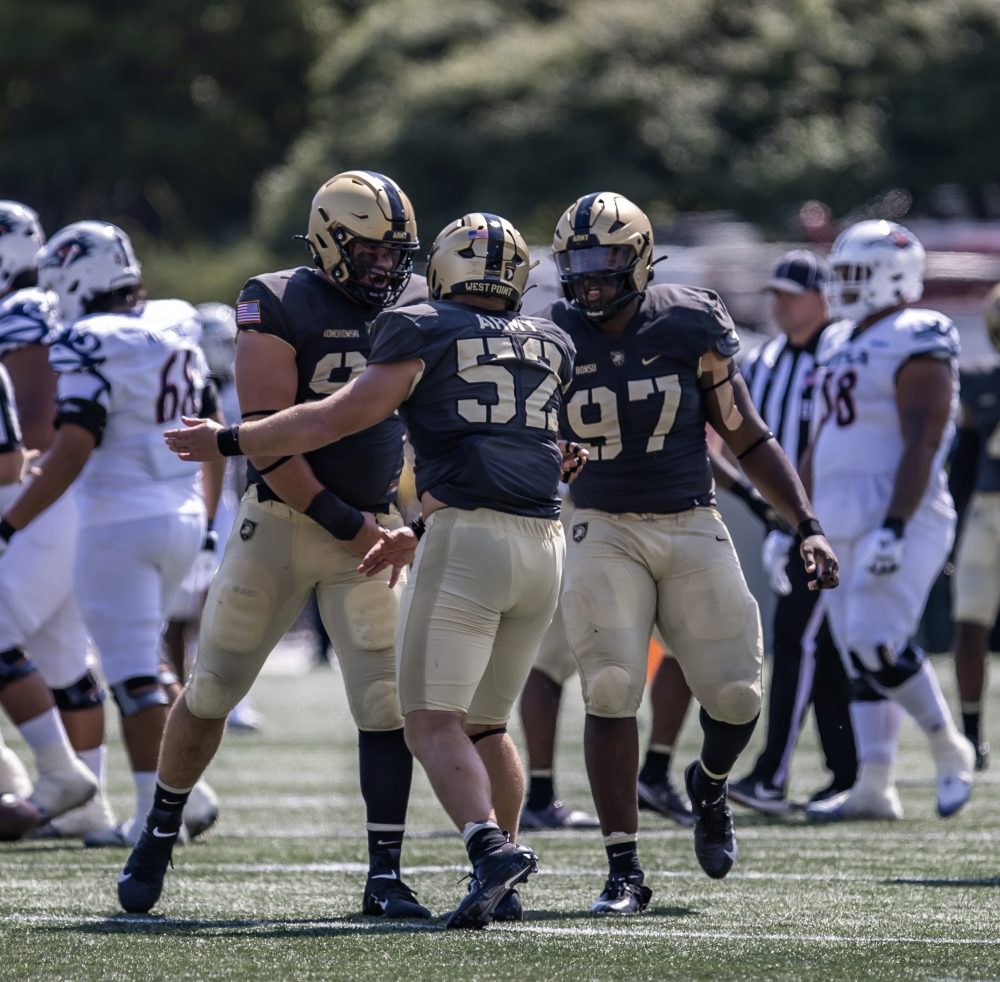 Nate Smith has a simple philosophy when it comes for Army’s success on the football field.

Winning comes down to fundamentals at West Point.

“If your hands, eyes and feet aren’t where they are supposed to be, you will get embarrassed,” said Smith, a senior defensive end.

The inconsistency of sustaining blocks, securing the ball, tackling and defeating blocks defensively has contributed to a 1-4 record. It’s caused coach Jeff Monken to add more practice periods on fundamentals ahead of Saturday’s home game against Colgate.

“We want to double down on the things that we think are most important,” Monken said.  “It’s not adding more plays. It’s executing those plays better through assignments and fundamentals.”

Defensive end Austin Hill described practices as “high spirited” this week with the increased fundamental focus as the Black Knights look to jumpstart their season on the right track.

“There’s no doubt that everyone’s head is in the right space right now, working very hard,” Hill said. “It’s always an emphasis to get better on the fundamentals and the little things especially with the position we are in now. You have to harp on the fundaments because you look back on what we harp on, how we have won games and how we have followed the plan. We are falling short in those areas so getting back on track.”

The Black Knights play their second FCS team of season in Colgate. Monken knows not to take anything for granted when playing the Raiders (1-4), which won three of four Patriot League titles from 2015-2018.

“They are one of the most successful teams in that division and played for a national championship,” Monken said. “That’s a good program. It’s as much of a challenge as playing any team (when Army plays FCS teams). They are going to give us everything that we can handle. I don’t have any doubt about it.”