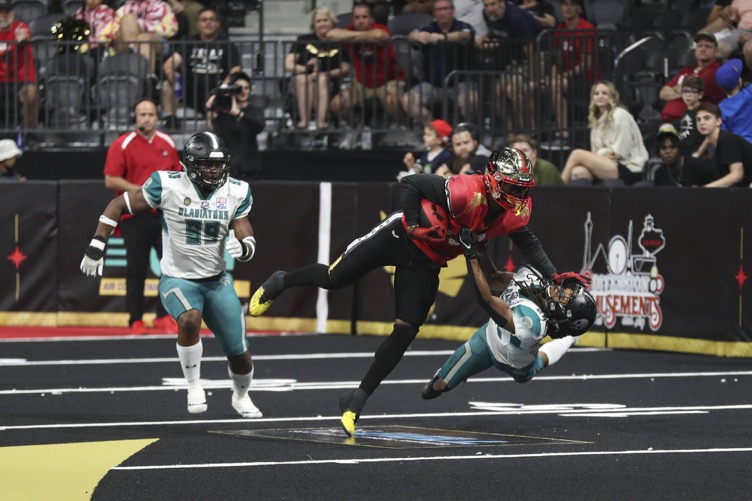 Ejekam, a former Army wide receiver, is officially a member of the USFL’s Tampa Bay Bandits after his free-agent signing was announced.

“When I got the call from the Bandits, it was a surreal moment,” said Ejekam, 26. “It’s truly an honor to be a part of such an amazing organization in a top tier league.”

“I was working tirelessly for four years just trying to get an opportunity to start my professional career and now that it is underway, I’ve been making the most of every opportunity presented. I’m super thankful for all of this. I’m looking forward to the future and the season.”

Ejekam, who is 6-foot-2 and 215 pounds, credited the Vegas Knight Hawks and coach Mike Davis for getting his first chance earlier this year. He played for the Indoor Football League team, whose season ran from March to July. Ejekam caught three touchdowns in seven games.

“I was able to utilize that opportunity to get some great film and the Tampa Bay Bandits saw my worth,” Ejekam said.

Ejekam, currently an Army captain in his final year of service, created his own highlight film and sent it to every NFL, Canadian Football League, USFL and XFL scout and player personnel representative that he could find.

“Player manager Ramiro Ferrand helped me make a bunch of connections in sports advocate/business side as well as the player side,” Ejekam said. “He was able to get my films in the hands of a representative of the Tampa Bay Bandits.”

Known for his physical play in Army’s option offense, Ejekam was a starter on the Black Knights’ 2016 team that broke the 14-game losing streak to Navy and the 10-win 2017 squad. He had 11 career catches including nine receptions and a touchdown his junior senior in 2017.