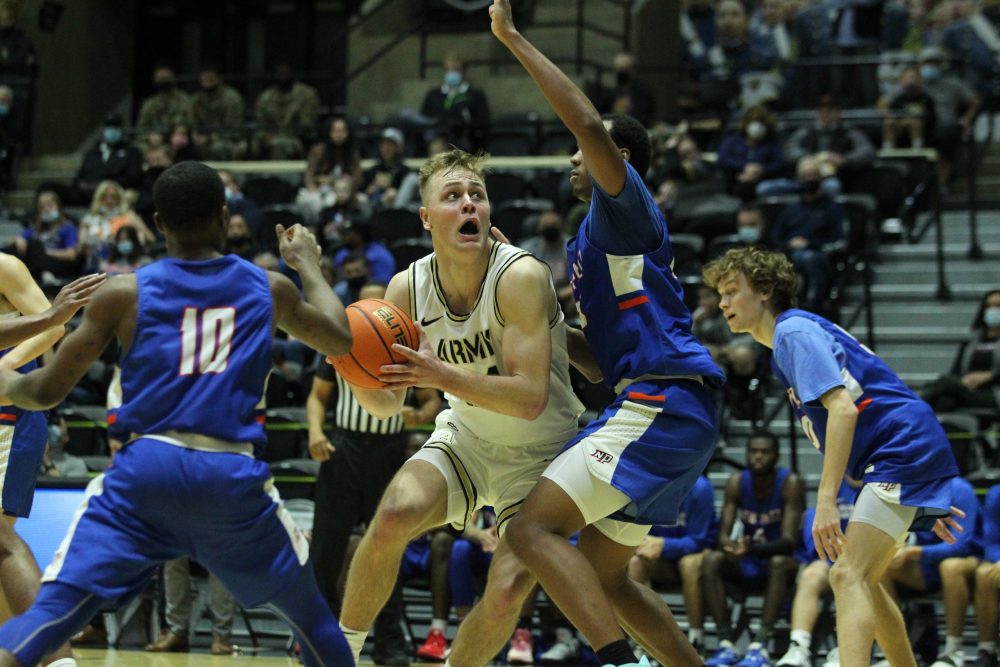 Charlie Petersen provided an inside presence

Jimmy Allen emptied the bench, getting all 18 Army players action.

The Black Knights’ season-opening win over SUNY New Paltz served its purpose earlier in the week.

To say Army’s next game is a step up in competition would be an understatement.

“It’s great to get a look at a new team and be able to adjust on the fly because that’s what we are definitely going to have to do for Friday and the rest of the season,” said Peterson, who scored a career-high 17 points in the opening win.

Peterson remembers attending a game at Cameron Indoor in middle school. Now, the sophomore center has a chance to play at one of college basketball’s famed venues in Coach K’s final season.

“It’s surreal,” Peterson said. “It’s a dream come true for a lot of us. But at the same time, we are going to fight. We are going to battle and play all 40 (minutes). You play the game to win. Duke is definitely a great team and has some of the best players in the nation but we are going to go out there and fight. We have Army on our chests. That’s what we do.”