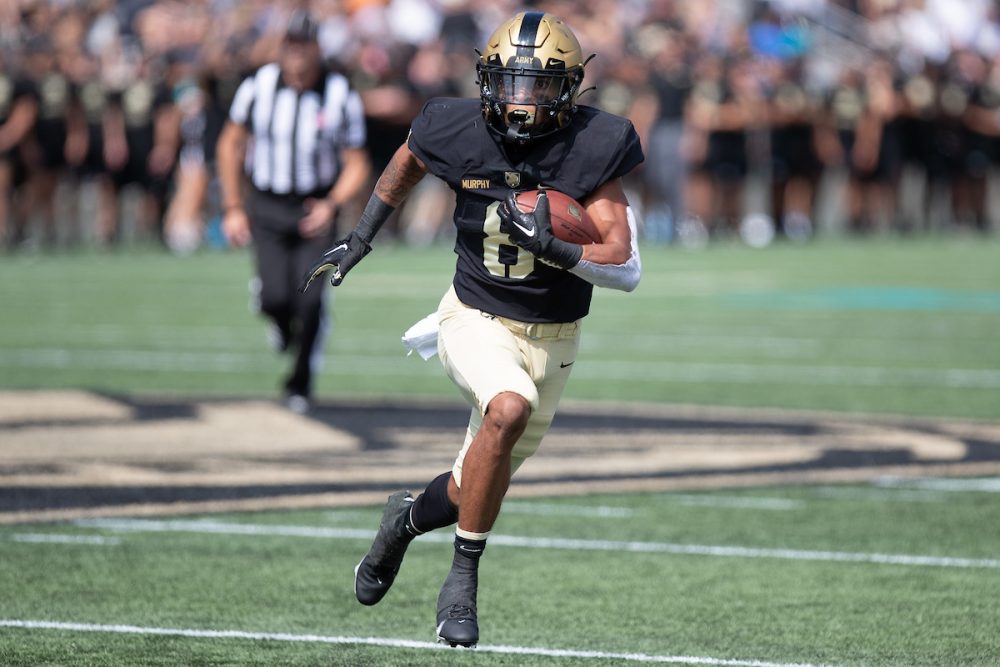 Army football practiced through a downpour, shifting its focus to No. 15 Wake Forest Tuesday.

On a crisp October fall afternoon on the Hudson, offensive coordinator Brent Davis watched signs of hope that his unit can put it all together against their toughest challenge.

Davis doesn’t think the offense is “far off” from giving the Black Knights a chance Saturday night in Winston-Salem, N.C. Why?

“I just came off the practice field in the pouring down rain and 45 degrees and watched those guys take advantage of every rep,” Davis said.

The Black Knights (1-3) are still in search of their first win over an FBS program (Division I-A) this season. And, though Army has moved the ball in moments in losses to Coastal Carolina, UTSA and Georgia State, ball security has proved costly.

Army has lost four fumbles through four games compared to five lost fumbles last season. The fumble on the quarterback-fullback mesh and an errant option pitch against Georgia State last week led to the Black Knights’ first scoreless first half at home since 2015.

“It was a frustrating first half and kind of uncharacteristic so yo have to go back to back with ‘my eyes looking through the mesh’ and looking a pitch in and the ball into our chest,” Davis said. “Just things that are fundamental and our guys are very good at and have done a great job of executing.”

The Black Knights aren’t looking to match Wake Forest like it nearly did in a 70-56 shootout loss at Michie Stadium last season, Davis said.

“You don’t go into the game saying we have to score this many points or that many points,” Davis said. “You try to score one more point than the other team. That’s something that we’ve been really good at here. We have to find that recipe.”

If Army’s offense is as close as Davis thinks, it will need its most precise effort Saturday. A good Army offense has made a better Army defense during Jeff Monken’s tenure. Keeping Sam Hartman and Wake Forest’s high-powered offense on the sideline would certainly help the cause.