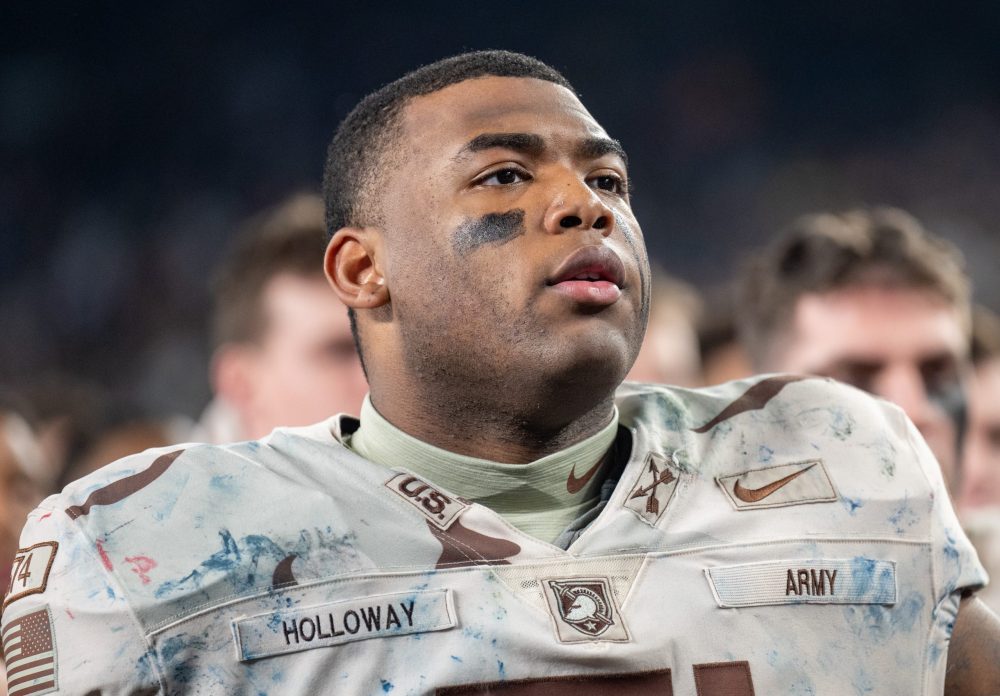 Holloway is listed as the No. 1 left tackle on Army’s unofficial depth chart. Sophomore Boobie Law, who started the first 12 games at left tackle, was injured late in the Navy game and is not on the depth chart.

Holloway’s first career start was in the 2020 Liberty Bowl against West Virginia. Holloway started in a victory over Miami (Ohio) earlier this season. He should be playing in front of bunch of family and friends against Missouri Wednesday night at Amon G. Carter Stadium. Holloway is from Cedar Hill, Texas about 30 miles from Ft. Worth.

Army’s defense will not have to be concerned about slowing down record-setting Missouri running back Tyler Badie. Badie, who has rushed for a school-record 1,604 yards and 14 touchdowns, will not play against Army, Missouri coach Eli Drinkwitz said during Tuesday’s press conference. The first-team SEC running back is expected to enter the NFL draft.

Drinkwitz said Dawson Downing will start in Badie’s place and redshirt freshman Brady Cook will start at quarterback for the Tigers.

“That would be something that would help him as far as and just being able to play to his capabilities,” Davis said. “He gutted it out last week just because the guy that he is and the player that he is. But, there was no way that he was 100 percent. I’m glad to have him closer to 100 percent for this game and we’ll use those guys as we see fit within the flow of the game like we have all year.”