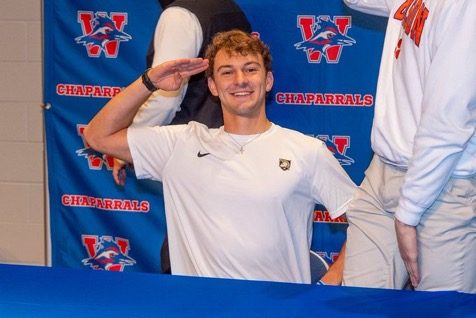 Charlie Barnett will be cheering on Army in person at the Armed Forces Bowl tonight as the Black Knight seek their fourth postseason win in the last six years.

Barnett recently made some history of his own in the Texas 6A Division II championship. The Army commit connected on a 53-yard field goal to help Westlake win its third straight state title over Denton Guyer. The kick was the longest field in a Texas state championship game.

The senior said the field goal is a kick that he visualized on the bus to the game.

“Before the kick, my mind was only set on the goal – make the kick,” Barnett said. “I’ve made a personal long of 65 yards before, so I knew I easily had the range. We had a timeout called before the kick, so I had a good amount of time to mentally prepare myself. 53, right hash.

“Walking out to the field, I was locked in on only the uprights and let all the noise and possible distractions go completely blank. Then, it was simple, see ball, kick ball. Afterward came the greatest feeling a person can feel, countless hours of hard work paying off.”

Barnett, who is also a soccer player, started playing football his sophomore year with the motivation to play college football at a high level and earn a scholarship. There’s a kicking tradition at Westlake. Ravens All-Pro Justin Tucker kicked at Westlake. Tucker’s mother still takes photos for the team.

“I had the leg and the drive to get better,” Barnett said.

Army was the first school to offer Barnett in April. He committed to the Black Knights in September after visiting for the UConn game.

“Once I was educated on all the possible opportunities for personal and professional development, it was a clear choice for me to make,” Barnett said. “I didn’t think there was another university in the world that could give me as much opportunity as West Point.”

Now, Barnett gets another chance to watch some of his future teammates play in bowl game. An atmosphere that Barnett could be kicking in the future.