Options at QB for Army vs. Wisconsin 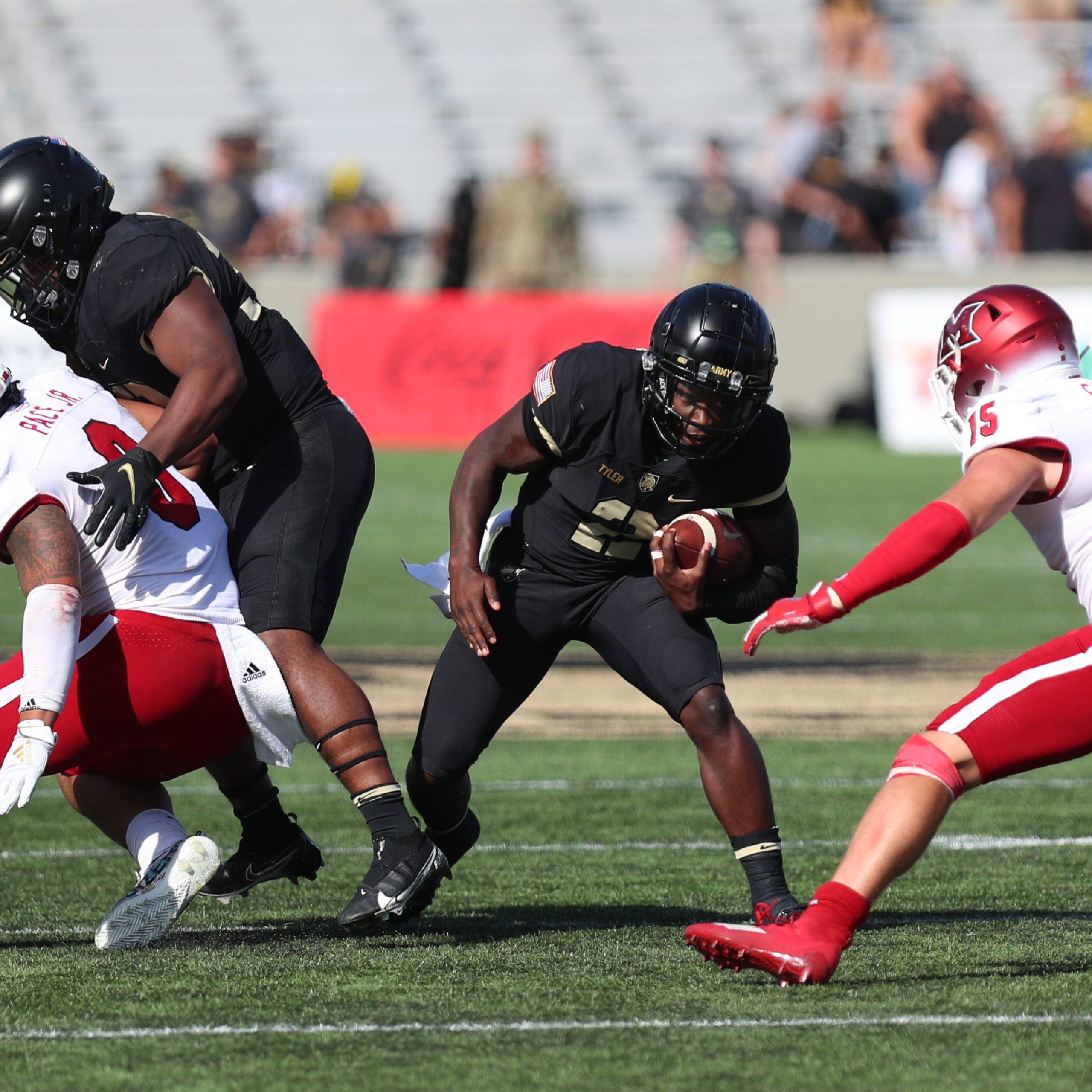 Jeff Monken called it “the million-dollar question” when asked who would be Army’s starting quarterback against Wisconsin during his This Week in Army Football show Thursday night.

Monken said he was going to take the same approach as Oklahoma coach Lincoln Riley this week and promised that he “would have a quarterback out there to start the game.” Riley was choosing heralded freshman Caleb Williams or preseason Heisman candidate Spencer Rattler.

Army’s decision could already be made facing the nation’s best run defense.

Monken said earlier Thursday that junior Tyhier Tyler and senior Jabari Laws were getting first-team reps this week. He also explained how Army likes to get it’s second-string quarterback quality snaps during game week. Tyler started Army’s last game against Ball State two weeks ago. Laws has worked his way back from two knee injuries and is looking to start for the first time since November 2019.

The X-factor is Christian Anderson. The senior was having a breakout season before hurting his shoulder in the fourth quarter of the Miami (Ohio) win. Monken said Thursday that Anderson has returned to practice this week and “he’s been able to take some reps with us.”

Tyler is the stronger inside runner of the group. He absorbed hit after hit from Ball State and kept getting back up.

“I’m playing for something bigger than myself,” Tyler said earlier in the week. “I love my teammates. I don’t want to let down the person next to me. That what drives me to get up. Definitely, I feel it. Just being a competitor, I just get back up. I just try not to let the people down next to me and that drives me.”

Tyler’s toughness could be an important factor as every yard could be at a premium against the Badgers. Army inserted junior Jemel Jones to finish the Ball State game, needing more passing down two scores.

Offensive coordinator Brent Davis said Tyler has handled a lot of adversity in his career and wouldn’t flinch on a stage with 80,000 fans at Camp Randall. Tyler started in back-to-back win over Navy and Air Force last September. He battled through a leg infection at the start of the 2020 season, moved from slotback to quarterback upon his return and was Army’s leading rusher last season.

“That’s nothing that kid can’t handle,” Davis said. “He’s not a kid. He’s a man the way he approaches things and just his maturity and his time here to see him grow every year. He’s confident. He should be. He’s earned that confidence through the way he works. it’s not fabricated and he’s going to play well.”