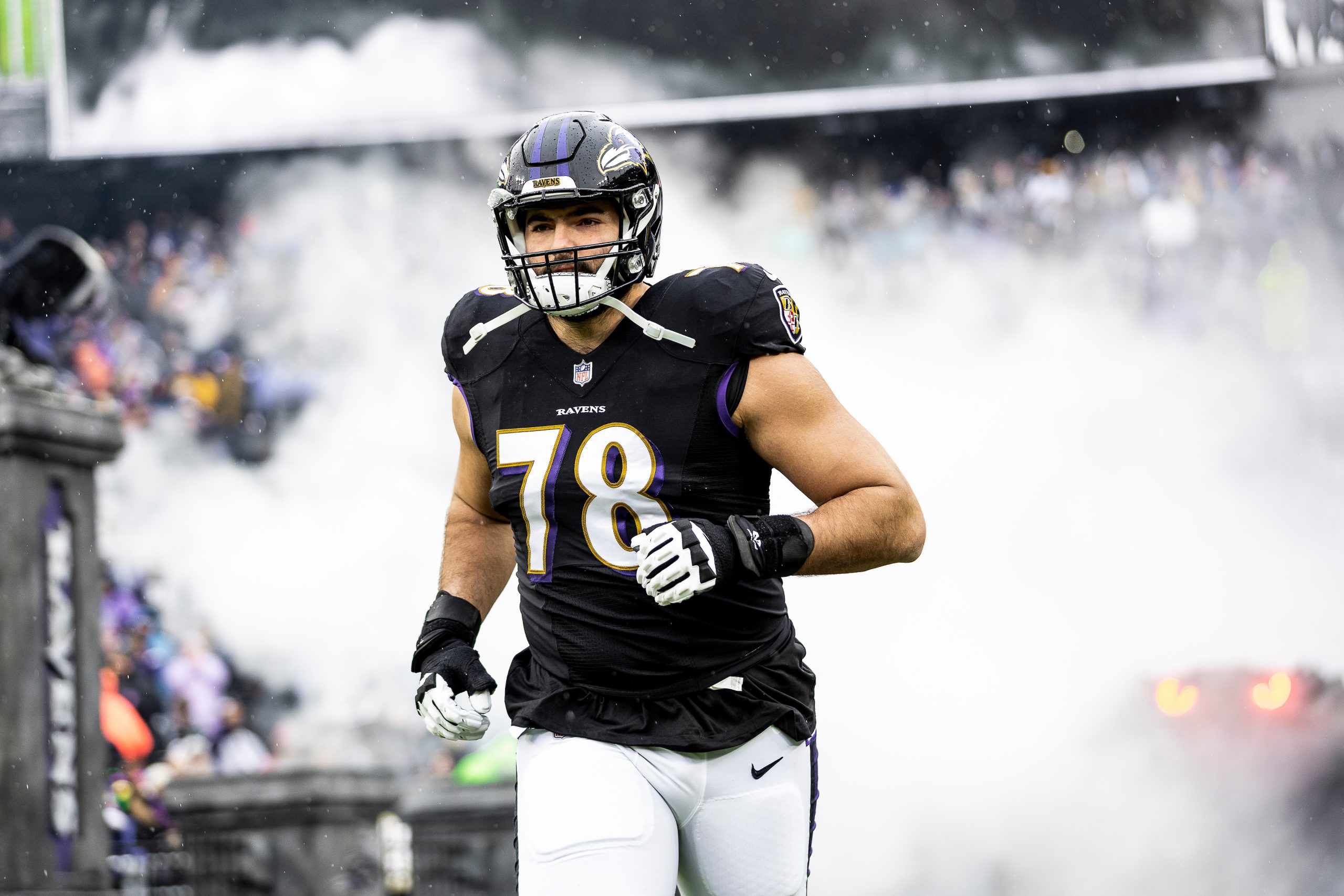 The Ravens announced Villanueva was placed on the reserve/retirement list Wednesday after one season in Baltimore.

Villanueva, a decorated Army ranger, made the Pro Bowl twice in six years with the Steelers. The 33-year-old never missed a game due to injury in his career, starting 107 games. Villanueva served three deployments to Afghanistan before the Eagles signed him as a free agent in 2014.

Villanueva started his Army career as a defensive lineman. He was moved to tackle his junior season and started every game. Villanueva switched to wide receiver his senior year and lead the team in receiving.

Here’s the Black Knight Nation podcast with Ali from December 2021: