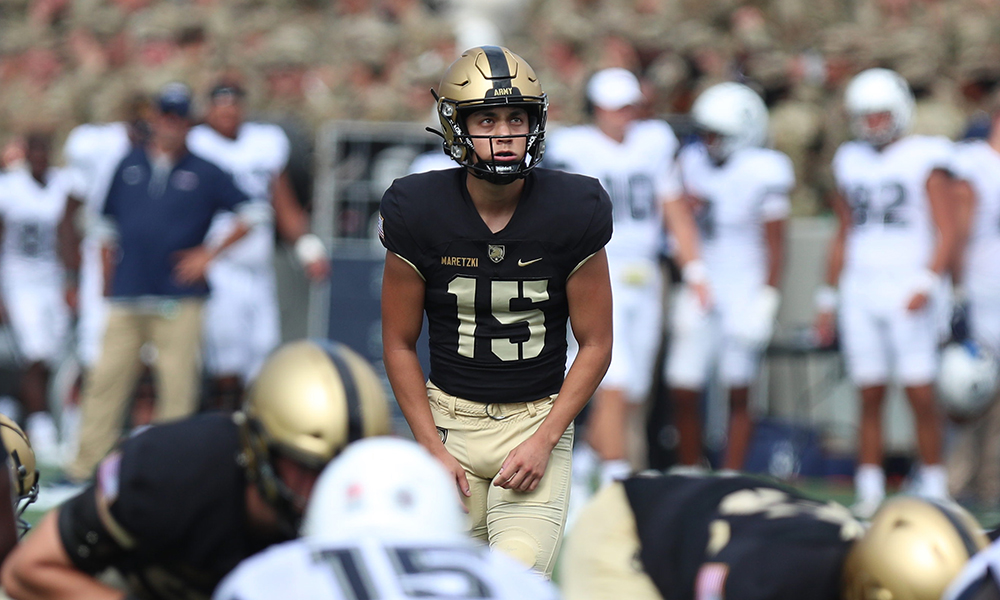 Army sophomore kicker Quinn Maretzki removed his name from the transfer portal and is staying at West Point.

Maretzki participated in mat drills with the team last week before spring break. He announced that he was entering the transfer portal in January.

The sophomore was Army’s No. 2 kicker during the 2021 season. Maretzki made his only field goal try, a 28-yarder, and all seven of his extra points last season. He kicked in wins over UConn and Bucknell.

The Honolulu, Hawaii native played an important role in Army winning the Commander in Chief’s trophy in 2020 and finished the season as the Black Knights’ No. 1 kicker. He kicked field goals of 37 and 40 yards in a 15-0 win over Navy and made a 24-yard field goal in a 10-7 victory against Air Force the following week.

Maretzki battled junior Cole Talley in the 2021 preseason for the starting job. Talley got the nod and booted the game-winning field goal in Army’s win over Missouri in the Armed Forces Bowl.