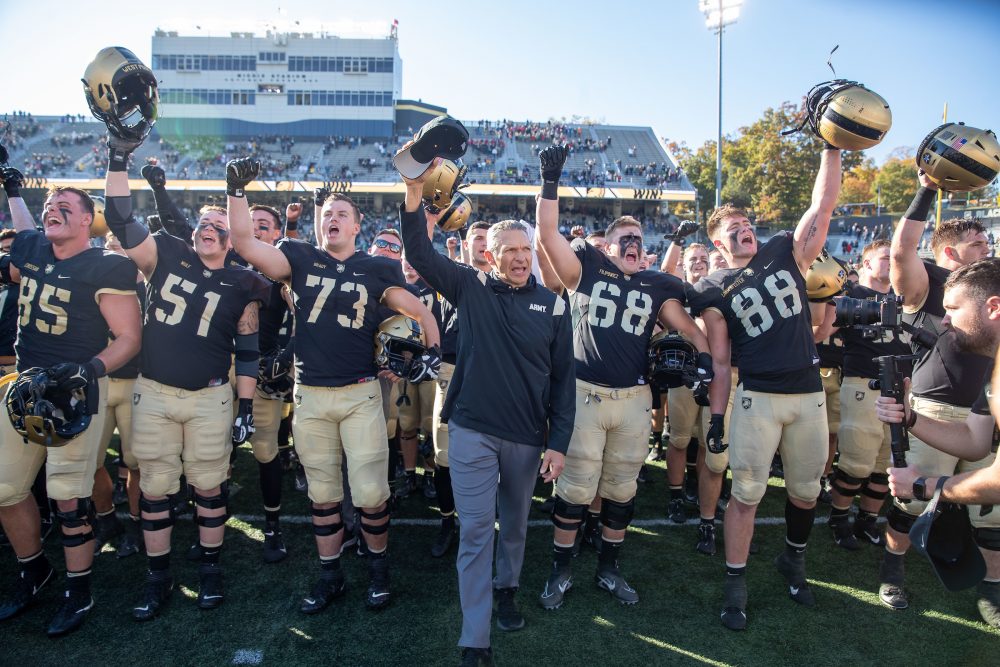 Army finds itself in a familiar position for the team’s first leg of the Commander in Chief’s trophy.

The Black Knights are an underdog to Air Force for the fourth straight year. Air Force (5-3) is favored by 6.5 points in the Commanders’ Classic Saturday at Globe Life Park in Arlington, Texas.

Army has defeated Air Force as an underdog the past two seasons including a 21-14 overtime victory at Globe Life last year. Junior tackle Boobie Law was credited with the winning score, falling on a fumble in the end zone.

Both teams are coming off a bye. Army (3-4) enters with a two-game winning streak after earning a 48-24 win over Louisiana-Monroe on Oct. 22.