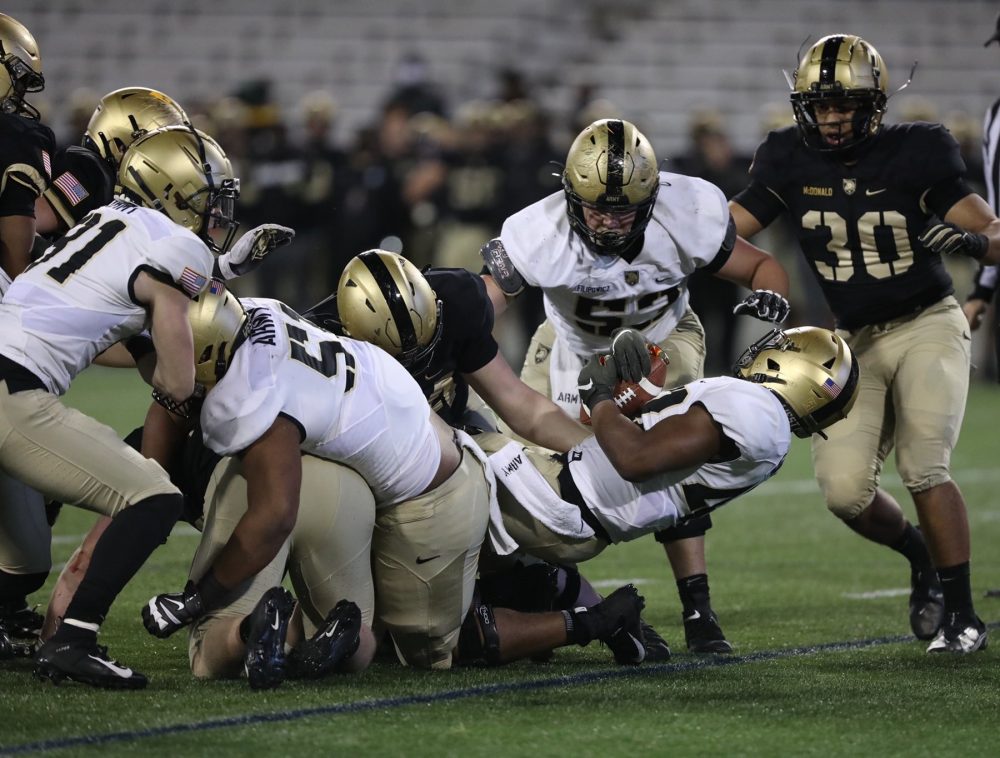 Maurice Bellan compared the level of intensity and competitiveness of Army’s Black and Gold spring game Friday night to that of the regular season.

The spring football finale went down to the wire. And, it was Bellan, a sophomore quarterback, who marched Team Black down the field for the winning score. Bellan finished the drive with a game-winning rushing touchdown in a 23-21 win over Team Gold.

“Anytime we compete as a team, it always seems like a regular-season atmosphere,” said Bellan, who also had a long run on the game-winning drive. “The team is so spirited and everybody loves to win and everybody wants to win. So whenever we get a chance to compete, everybody goes hard.”

Freshman cornerback Bo Nicolas-Paul could sum up the game with one word – physical. Nicolas-Paul picked off a pass and returned it near the opponent’s 10-yard line and also combined with Daryan McDonald on a tackle for a loss.

“We’re America’s team and we play like it,” Nicolas-Paul said. “We play hard. We play fast. We play physical. I think this was probably the most physical spring game in the country. No debate. Hands down.”

Freshman defensive lineman Spencer Roy picked off a tipped pass by Nate Lusk out of the air and returned it for touchdown. Sophomore linebacker Andre Carter intercepted a pass.

Coach Jeff Monken said it looks like Army made it out of the spring game healthy.

“I went into the training room as I do after every practice and the place was a Ghost Town tonight,” Monken said.

Monken said that 2021 captains will be voted by the team this upcoming week.

When asked to evaluate spring camp and if he likes where the team is at, Monken said, “It’s a hard judgement. I think we have a long way to go. Tonight, we fumbled the ball way too much. We threw two interceptions that were poor judgement throws. We had a lot of negative yardage plays on offense. Defensively, we gave up way too many big plays in the running game. We missed tackles. There’s a lot of things we have to got to be a whole lot better.

“I’m going to be one that you are going to have a difficult time getting me to say I’m satisfied or I think we are in a good place. I think we have a long way to go. But, there’s been improvement. We are better than we were when we started this spring. Certainly having a spring practice this year benefits us. We didn’t have a spring practice last year and I think it’s so important for this camp and this time of year to be able to develop the young depth and really find out about those young guys. I think we did and we got some questions answered about a lot of guys.”

Monken addressed Kansas’ interest in him for the Jayhawks’ head coach opening that was filled by Buffalo’s Lance Leipold Friday.