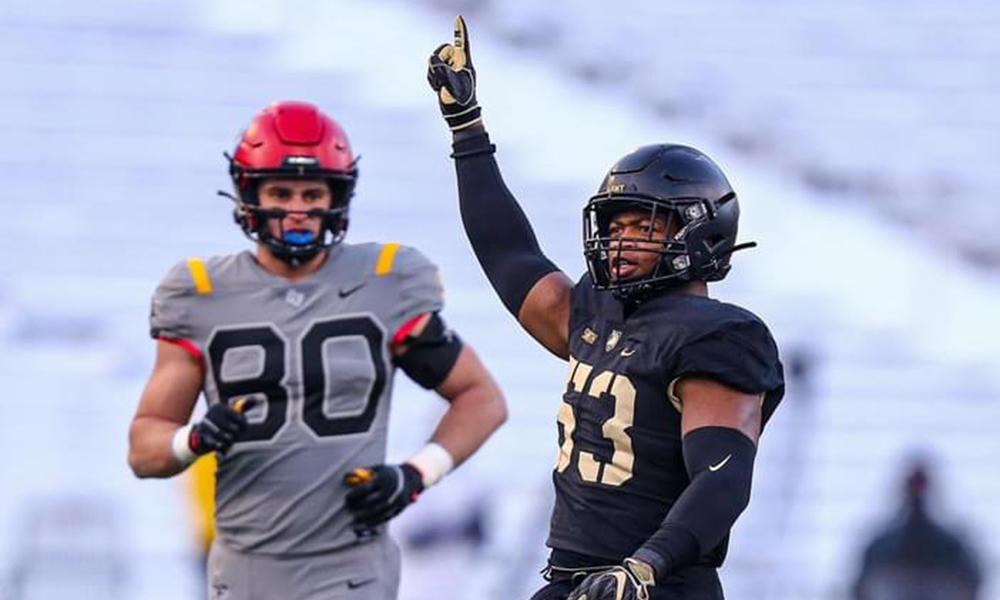 Army football will kick off its defense of the Commander in Chief’s trophy with an early kickoff against Air Force.

The Black Knights’ Nov. 6 game against the Falcons is set for an 11:30 a.m. EST start at Globe Life Field in Arlington, Texas. The game will be televised on CBS. Army defeated Air Force 10-7 to claim its third CIC trophy in the last four seasons last December.

Army’s six-game CBS Sports Network home schedule will be kicked off in its usual noon window with the exception of its Michie Stadium opener against Western Kentucky on Sept. 11, which will start at 11:30 a.m.

The Army-Navy game will be televised at 3 p.m. Dec. 11 on CBS from MetLife Stadium in East Rutherford, N.J.

UPDATE: Kickoff for Army’s season opener at Georgia State was announced for noon on Sept. 4. The game will air on ESPNU.