Jon Rhattigan’s rise to one of nation’s best 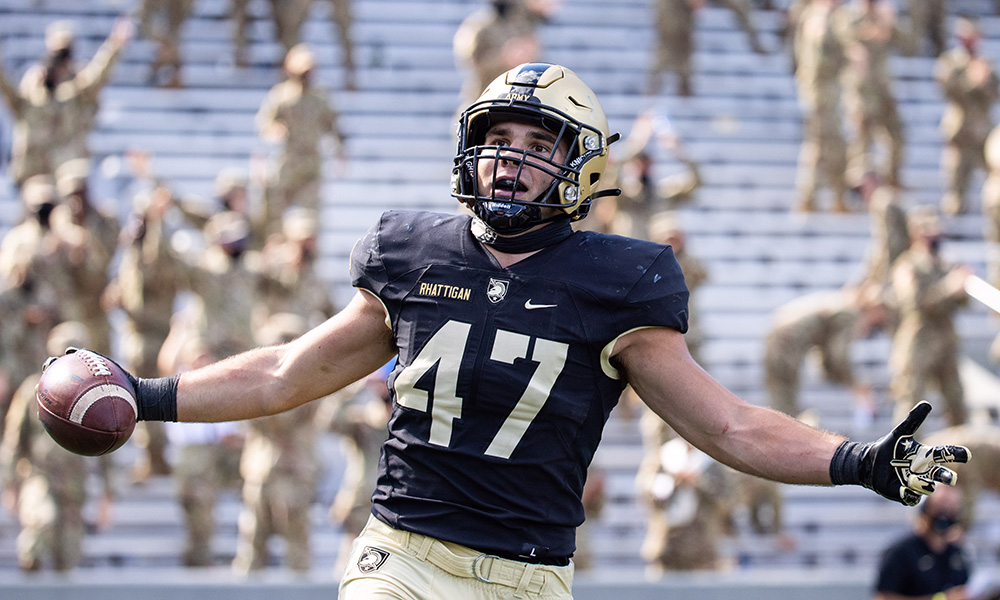 Rhattigan looked up to his two older brothers and wanted to be the best football player possible.

Rhattigan has always had a nose for the football. His ball awareness showed up in practices during the spring and preseason. Rhattigan was one of Army’s top special teams players as a junior. He just had to wait his turn behind the likes of two-year captain and current Los Angeles Charger Cole Christiansen and James Nachtigal.

It’s an understatement to say Rhattigan is making the most out of his first chance to start this season.

Pro Football Focus College has consistency ranked Rhattigan as one of the nation’s highest-graded linebacker this season. Rhattigan, who leads the team with 67 tackles and has added two interceptions, is graded as the fourth-best linebacker against the run.

“Watching film is really something that has helped me become a next level player,” Rhattigan said. “Being passionate about what you are doing and not being complacent in what you are doing in preparing yourself and that’s in the offseason and at any time in your career especially for me here. The more you are involved in this program, the more reps you get against different styles of offense. The competition is great here. Ultimately I’ve become a much better football player since stepping foot here.”

Passion, patience and perseverance are perfect words to describe Rhattigan’s rise during his senior year at Army.

Rhattigan has become the sure tackler and playmaker that Army has needed under first-year defensive coordinator Nate Woody.

The accolades that Rhattigan has earned continued this week when he was named as one of 18 semifinalists for the Bednarik Award and was invited to the Hula Bowl.

Rhattigan, known affectionately as “Jonny Nation” has embraced his nickname this season. The nickname was given by his brothers and a family friend before he entered West Point. It was also one of the first things he heard former Army defensive coordinator Jay Bateman his freshman year.

Fast forward to Saturday’s Army-Navy rivalry. Rhattigan has three more games left in his Army career. A career that could continue at the next level.