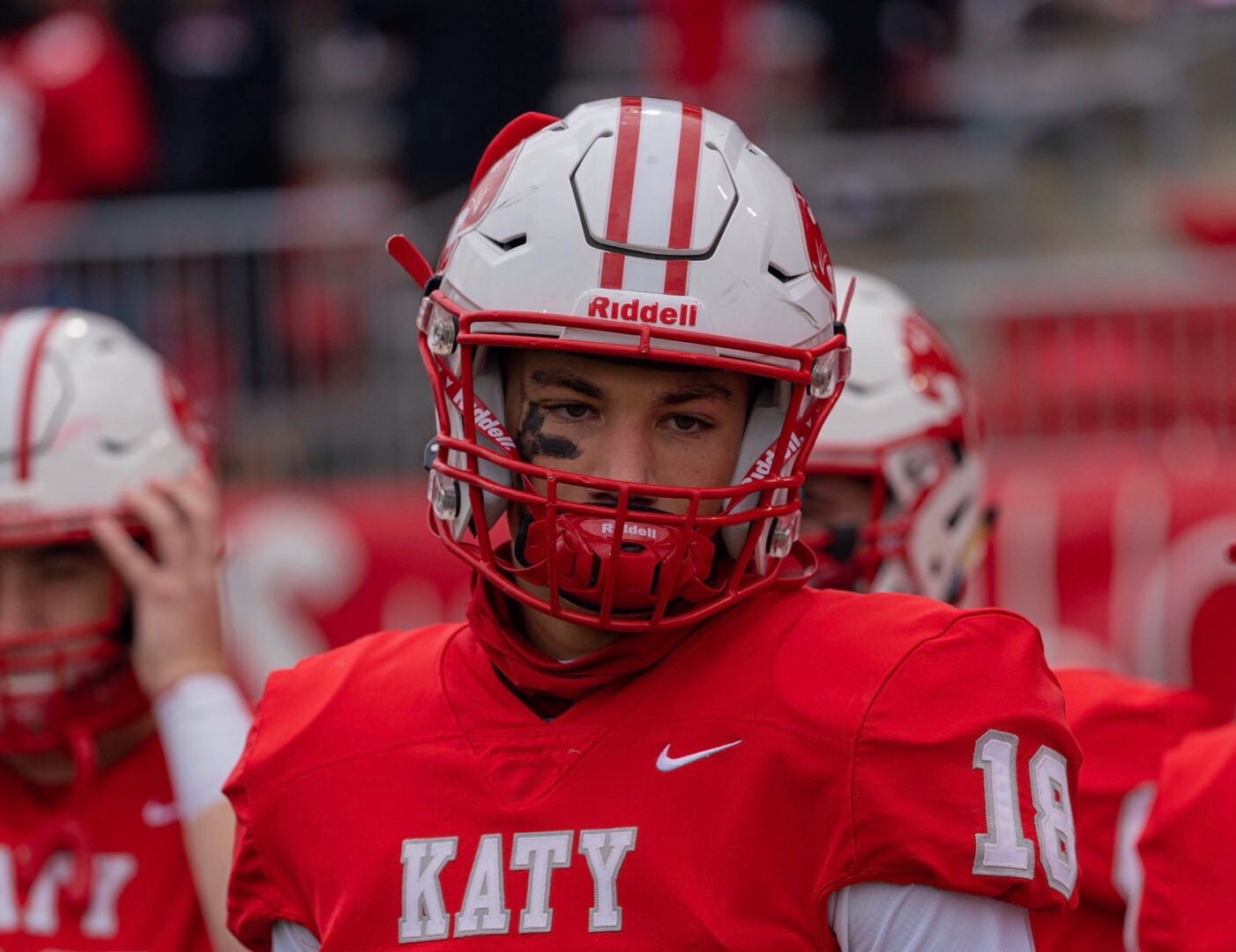 Taylor Saulsberry could have played his college football close to home.

Army provided Saulsberry high-level football, a top education and a chance to continue playing with his high school teammates.

Saulsberry became the fourth member of the Katy (Texas) senior class to commit to the Black Knights Wednesday.

“Army was my first full ride offer,” said Saulsberry, a wide receiver. “I had preferred walk-on offers to UH (Houston) and UCA (Central Arkansas) and a partial scholarship to Angelo State. So from a financial standpoint, it was a great opportunity.

“The other thing that went into my decision was thinking about my future and the opportunities that would open up for me after football and how this could be a life-changing decision. Knowing that I would be there with some familiar faces was comforting.”

Saulsberry will join teammates – offensive lineman Omarrian Aigbedion, linebacker Shepherd Bowling and offensive lineman Bill Katsigiannis. He caught 20 passes for 489 yards and nine touchdowns in his first season as a starter for state champion Katy. Saulsberry was voted one of the team’s four captains.

“Taylor is a great player but he is an even better man,” Aigbedion said. “He’s exactly the type of person that belongs at Army with his athletic abilities and leadership skills.”