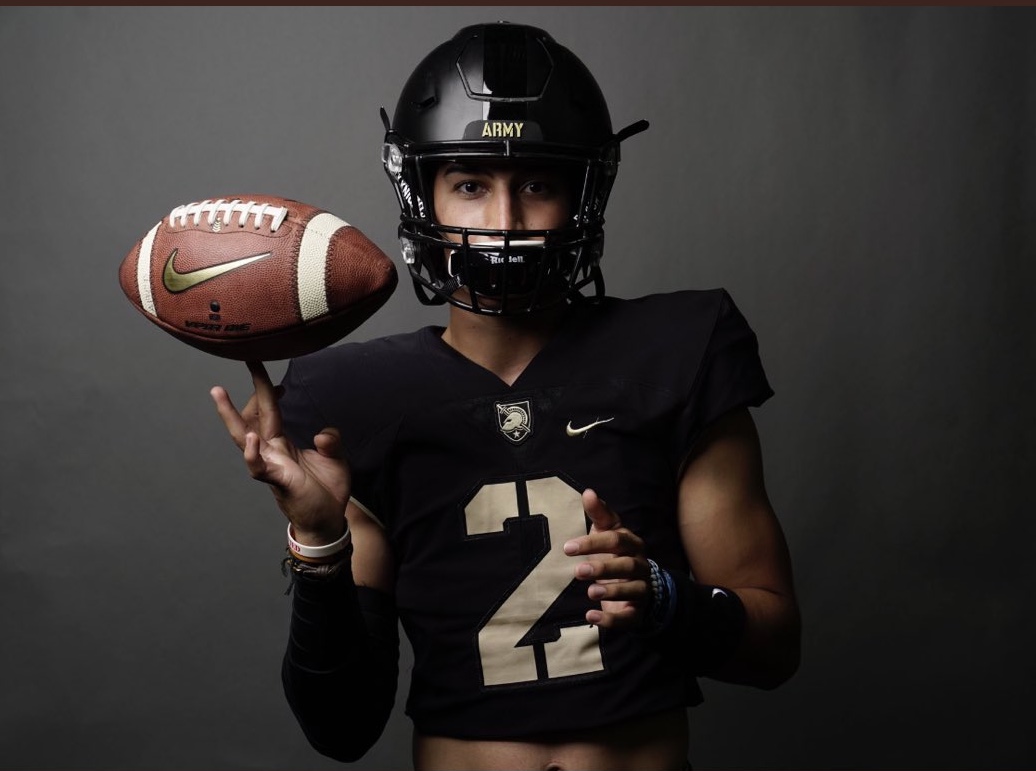 Sylas Gomez wanted to give Army football his verbal commitment on the spot during a visit last month.

Gomez decided to wait it out and told his parents if he did chose Army that his announcement would come on the Fourth of July.

The Central Catholic (San Antoniom Texas) quietly committed to Army on June 22 and made good on his word, waiting 12 days to post his decision on social media.

“I just thought it was the perfect day to commit to the United States Military Academy,” Gomez said.

Gomez said, “the culture of the program,” nearly led to a commitment on his June 11 visit.

“The coaching staff really blew me away on how much they welcomed me and my family,” Gomez said. “I know I would love to play for coach (Jeff) Monken in the near future, just the way he carried himself and acted like he was just another guy there. (He was a) real welcoming and real down-to-earth guy.”

Gomez also connected with quarterbacks coach Cody Worley during the visit. The two sat and broke down film. Some of Army’s plays looked similar to the ones that Gomez runs out of the shotgun at Central Catholic. Gomez rushed for six touchdowns and threw for six more in six games his junior year.

“He (Worley) showed me why he loved me and how my skills could be implemented into their offense and he was right when he showed me the play selections and what they ran,” Gomez said. “I can use my feet whenever needed, but I really think I can bring my pure passing abilities to the program and open up the playbook if needed.”

Gomez received his first offer from Army in February. He was not completely sold on Army as his top school until the visit. Gomez is the second quarterback commit of Army’s 2022, joining fellow Texan Glenn Rice.

“The visit really changed my whole perspective and I fell in love with it right away,” Gomez said. “The education played a huge role. An Army degree weighs way more than probably any other degree in the world. I really wanted to be apart of a prestigious school and great football program.

“I think the program is still on the rise with coach Monken. He is a very great head coach, who cares tremendously for his players. I’m just excited to be apart of the great brotherhood and the culture army brings.”