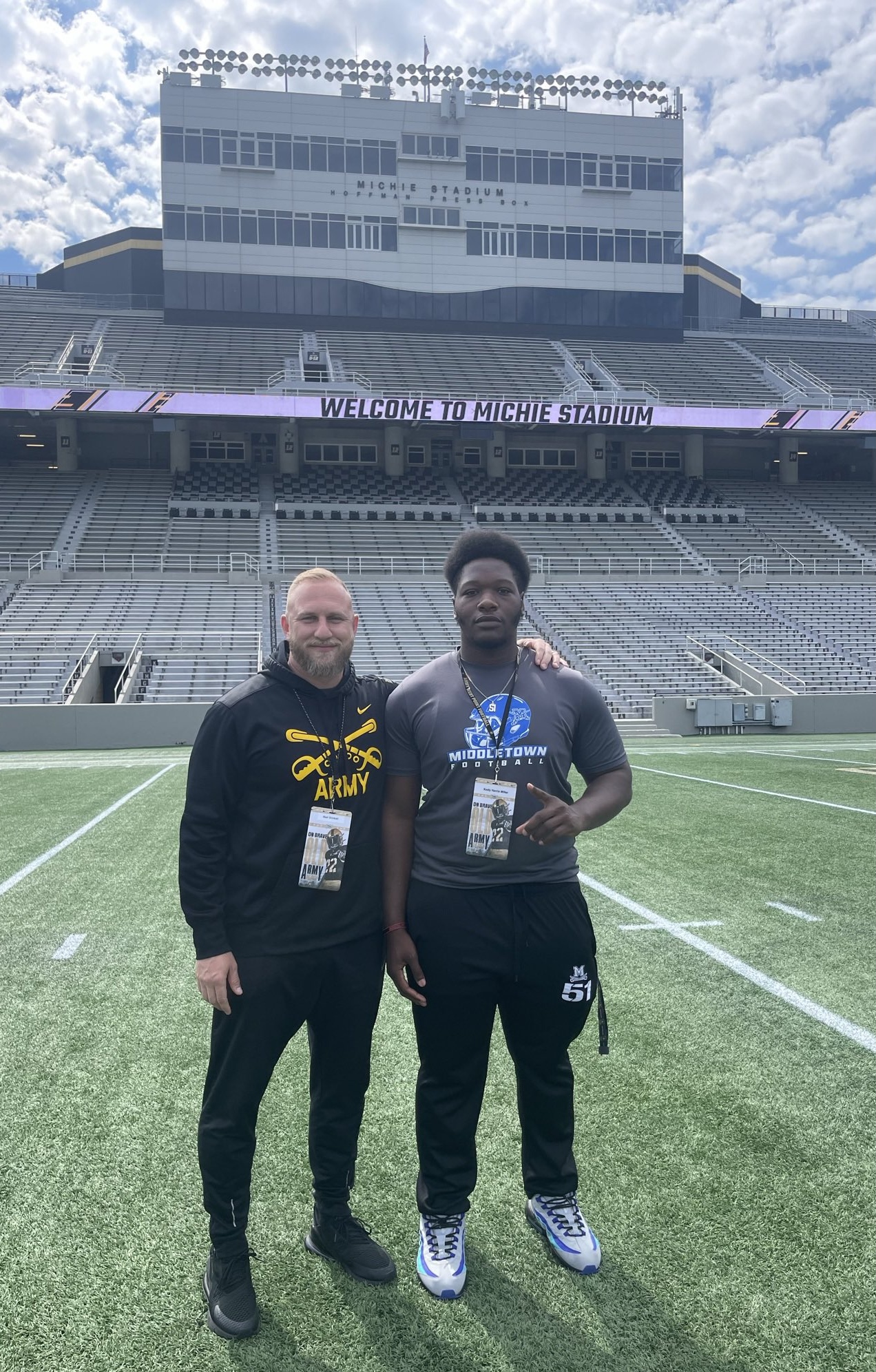 Kody Harris made his college football decision days ago but the Middletown (Del.) defensive lineman wanted the announcement to have more meaning.

The timing was perfect on Fourth of July afternoon as Harris posted on social media, “Committed to America’s team on America’s Day.”

The chance to play high-level football and represent the country never went unnoticed for Harris during the recruiting process.

“It’s a very special thing to have an opportunity such as this and I thought it was only right to make it public on this day,” said Harris, who officially committed to Army Thursday.

“I felt as if I was at home when I took my (Army) visit,” Harris said. “I just got that feeling that I needed to be there. The campus was absolutely amazing. My relationship with the coaches is great.”

Harris is entering his third season as starter on offense and second on defense for Middletown. He earned second-team, all-state honors as a center and defensive tackle his junior season. Harris’ grandfather served in the Air Force and an uncle and cousin served in the Navy.