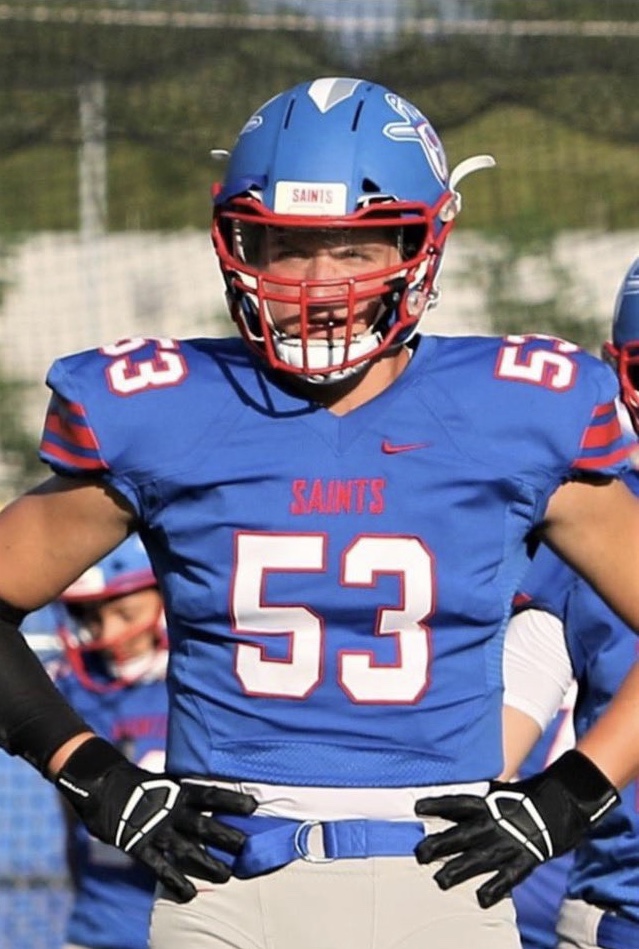 Sitting in the first row of the 50-yard line on the Oklahoma side, Robbins cheered on the Black Knights for more than 60 minutes of action in a near-overtime upset of the ranked Sooners in Sept. 2018.

The son of a 1996 West Point graduate, Robbins has always wanted to attend the academy. His chances for reaching that goal increased when Robbins, an offensive lineman for Oklahoma Christian School, received an opportunity to play football for Army right after an Air Force offer earlier this month.

“I really did consider Air Force,” Robbins said. “Great coaches and program. However, I was born to play for Army.”

Robbins, who is 6-foot-5 and 230 pounds, played basketball exclusively until his junior season before switching to football. Robbins’ basketball background helped him build quick feet and athleticism for football.

“I just love the intensity of the game,” Robbins said. “Football allows me to unleash my aggression on others. I try to be as violent as possible.”

Starting football late, Robbins wasn’t able to attend summer prospect camps and the coronavirus pandemic added to the difficulty of attracting the attention of college recruiters. That didn’t stop Robbins.

“I kept working on my game and sending videos to Army,” Robbins said. “Once my senior year concluded, Army evaluated my senior highlights and offered. It’s a dream come true to attend West Point and play football for Army.”

With his college decision behind him, Robbins can now shift his attention to the weight room and nutrition.

“I’ve already added 10 pounds since my high school football season ended,” Robbins said. “The goal is to reach 240-250 by the time I make it to R Day in June.”

When asked a fun fact about himself, Robbins’ response lended to one of college football’s most storied rivalries.

“I dislike the ocean,” Robbins said. “I was born to beat Navy.”