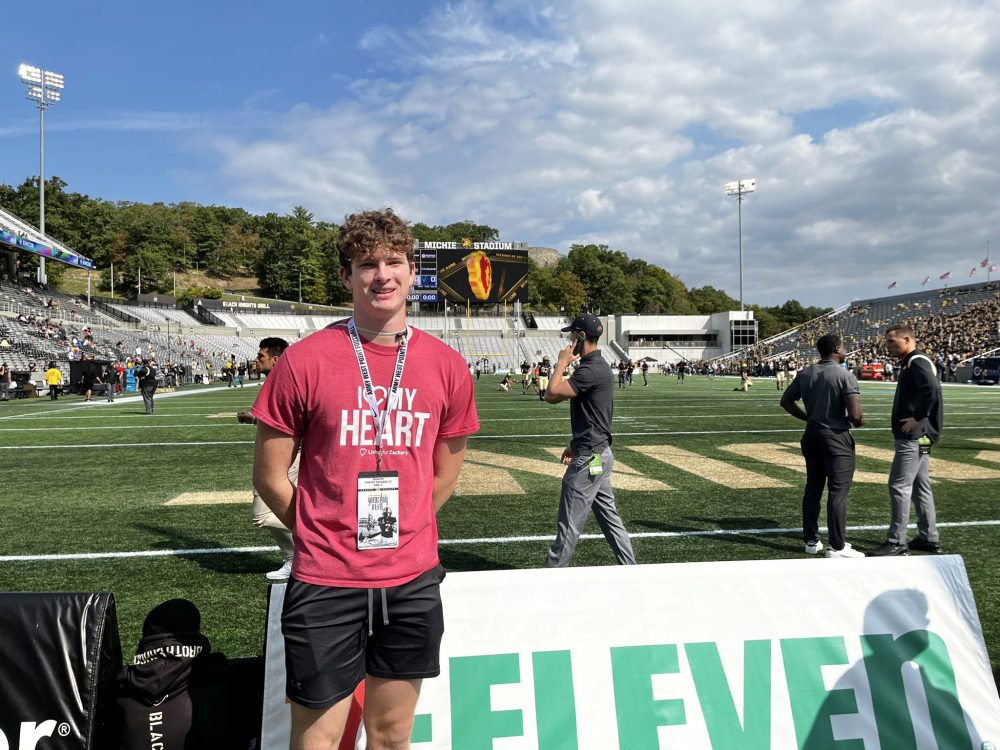 Brian Dyer’s college football commitment could be a start of a sibling rivalry.

Things could get interesting in the Dyer family next weekend when the service academies meet in the Commanders’ Classic.

“Right after I committed, I felt a lot of excitement,” said Dyer, a 6-foot-5, 210-pound tight end. “I think my entire family was in disbelief but very excited. There is definitely a family rivalry brewing.”

Dyer’s decision came down to academics as much as football. He earned four offers from FBS Arkansas State and FCS Incarnate Word, Lamar and Fordham through summer camps. Army offered Dyer after the second game of his senior season. Dyer visited West Point for the Villanova game on Sept. 17.

“I always wanted to go to an academically competitive college even before I knew I would play football,” Dyer said. “Everyone I would talk about my future told me Army would set me up for life. I also loved the energy at the game.

“All of the cadets were jumping around singing and having a good time. All of the coaches and players that I met at the facility were all extremely nice and welcoming.”

Dyer, a three-year starter at tight end for Plano East, said Army’s offense is also a draw for him. He plans on adding more weight after football season ends to get ready for the next level. Dyer said he talked to a couple of Air Force coaches but never received an offer.

“It’s simple but very complicated to a defense and everyone on the offense has to be an athlete,” Dyer said. “I also love the usage of tight ends. There is always multiple tight ends and H-backs on the field, which is very exciting to me.”