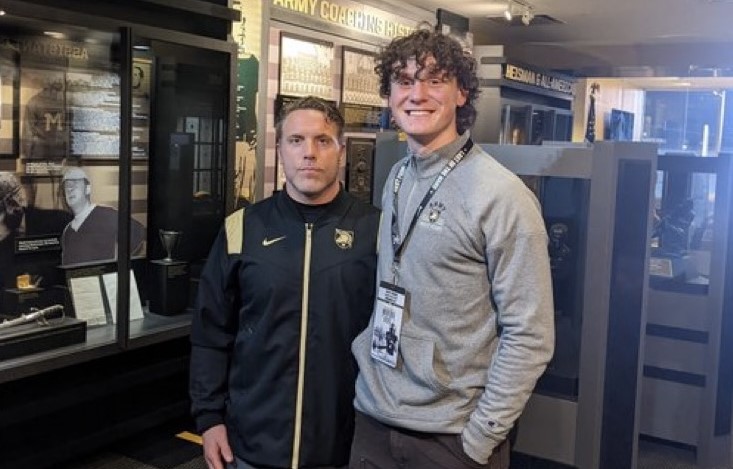 Joseph Johnson was sitting down for his senior-night, pregame dinner when he received a call from Army coach Jeff Monken.

Army was offering Johnson after five months of recruiting. One month later, Johnson was in Army’s locker room, witnessing the Black Knights celebrating a win over UConn during his official visit last weekend. Johnson and his parents took a red-eye flight after his Glacier Peak (Wash.) team was knocked out of the playoffs.

It all added up to Johnson calling Army offensive line coach Mike Viti and making his commitment Monday. Johnson is thankful for the opportunity to grow as a football player and person.

“I’ve always been interested in stuff involving the military so I knew about the school’s reputation,” said Johnson, who is 6-foot-5 and 218 pounds. “However, I didn’t know a bunch of details about the school other than the overall feel it gives the ordinary person. I knew enough that 8-year old me would be in absolute awe if he knew I’d be playing at West Point.”

A one-on-one with Viti, a former Army fullback and captain, during his visit provided the bigger picture of life as a cadet and a commissioned officer after graduation.

“We discussed what coming to West Point would mean for me and how it would impact the rest of my life,” Johnson said. “That conversation really touched me because it put into perspective just how incredible this school is. He addressed me and my parents questions and made me feel like I truly belong at West Point.”

Johnson first connected with Army when defensive line Sean Cronin visited Glacier Peak High during the spring to speak with he and teammate Trey Leckner, who would commit to Washington State. He was asked for sent his high school transcripts and test scores but didn’t hear back from Army until four weeks into his senior season when Viti reached out.

“It was cool to be able to talk to and get the perspective of someone who was already going there,” Johnson said. “We have something in common (being offensive lineman).”