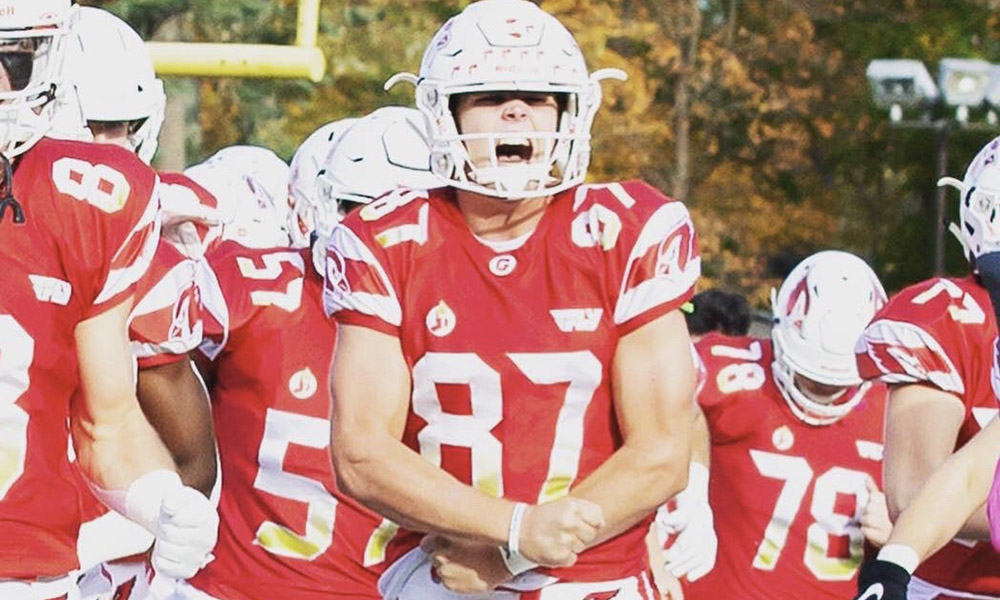 William Montesi’s Army recruiting story goes back to when he was eight years old sitting in the stands of Michie Stadium.

Montesi cheered on Army hoping to one day wear the Black and Gold.

That day became more and more likely on the afternoon of Super Bowl Sunday. Montesi, a senior defensive end-tight end at Greenwich (Conn.), gave his verbal commitment to Army.

“I’ve always had a dream of attending a service academy and growing up in Connecticut only an hour and a half away from West Point, I knew it was where I wanted to be,” Montesi said. “Ever since I was a young kid going to Army Football games, I dreamed of getting the opportunity to step on the field myself one day.”

Like many high school football recruits of the 2021 class, Montesi’s recruiting has been unconventional during the coronavirus pandemic.

Montesi was offered by Air Force – to play lacrosse. Montesi received his first football offer from Bowling Green during his sophomore season.

Montesi, who may also play linebacker, described his feeling of committing to Army as, “pure excitement mainly, but an intense amount of determination.”

“This is just the first step in my football career at Army and I’m extremely motivated to be successful as a Black Knight,” Montesi said.