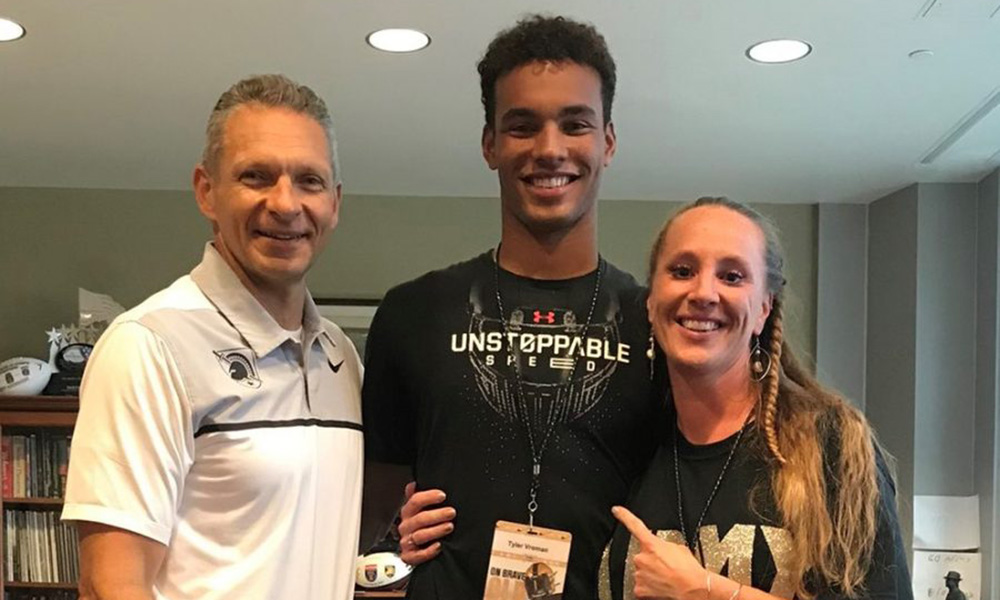 Vroman struck up a conversation that continued through the June showcase. Army’s discovery of recruiting of Vroman was underway and lasted through the summer.

The Lowell (Mich.) wide receiver received his first Division I-A offer from Army during a visit last week (July 29). Vroman felt a family atmosphere around the program and that feeling resulted in Vroman’s commitment Monday.

“The minute I arrived (for his visit) every coach on the staff greeted me and immediately treated me and my family like their own,” Vroman said. “The way they were honest and loyal to me about everything that they said and did immediately made me feel like that should be my home for the next four years in college.”

“Army was my top school due to the coaching staff and people that surrounded me when I was there,” Vroman said. “It is a place that I can see myself being for four years and becoming the best football player and person I possibly can.”

247 Sports ranks Vroman the 91st-best player in Michigan. Vroman would follow multiple family members that have served in the military.

“I love a challenge and I’m naturally disciplined and observant,” Vroman said of the military aspect of his commitment.