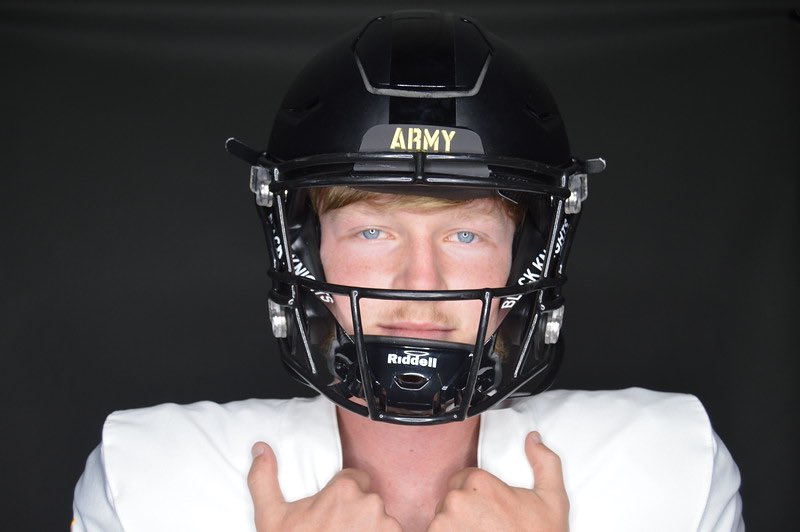 David Vaughn was set on committing to Army football on his initial visit to West Point in June.

But, Vaughn wanted his mother, Katrina, to see the campus before he made his final decision. The Coffee (Ga.) kicker was back on post last week and received his mother’s approval. Vaughn committed to Army in coach Jeff Monken’s office Friday.

“I wanted her (his mother) to have the peace of minding knowing that I would be in good hands,” Vaughn said. “My dad and I previously visited and he loved everything that he saw. The only thing that was left was to have my mom see it. It’s one of those places that you can’t describe in words or even a picture. The place is at a different than anywhere else I’ve ever been.”

Word of Vaughn’s commitment spread throughout Army’s complex and the reaction from the Black Knights’ coaching staff was “priceless,” Vaughn said.

“It really showed how much they think of me,” Vaughn said. On top of that, they all got to know me on a personal level.”

Vaughn comes from a family of kickers. His father, David, uncle and great uncle all played the position. A three-time all-region soccer player, Vaughn started kicking his freshman season and has built a consistent and strong kicking game throughout his high school career.

“I will put the ball deep into the end zone or out of it on every kick,” Vaughn said of his skills. “Another thing is the clutch factor that can win Army a lot of games. I love the pressure, I want the game to rest on my shoulders. I get amped when I get an opportunity for a game-winning kick because I know it’s going in.

“I will show through my work ethic in practice and in the weight room that I’m not your average kicker. I’ll run down the field, make a tackle, run a fake, I’m up for anything. Before it is said and done, I will be the best kicker to ever come out of West Point. However, I don’t want this confidence to be misconstrued as cockiness. I will always value being humble and respectful over anything.”

Vaughn also goes by the nickname “TUG”, which was given to him as a child.

“When I was a little boy, I was very shy, so I didn’t speak much to people,” Vaughn said. “Instead, I’d tug on either their shirt or their hand to get their attention. It was usually getting their attention to throw a ball with me because that’s all I did as a kid.”

Vaughn has lived in the South all of his life but his mother’s family has roots in New York. At 17 years old, Vaughn is an uncle of two. He’s power cleaned 245 pounds. Vaughn is the first in his family to talk the military route.