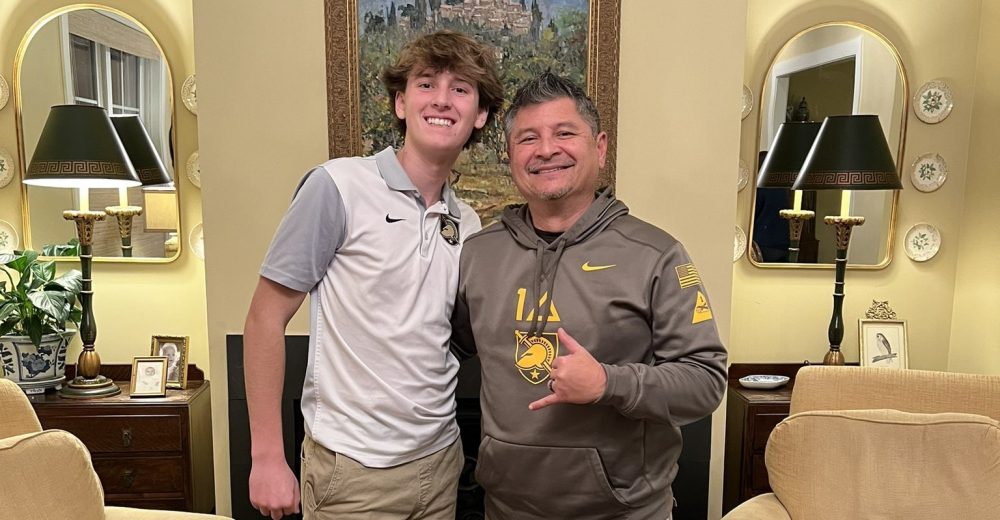 Playing football and attending West Point was Brooks Hosea’s dream ever since dropping off his brother, Brooks, at Army Prep in 2017.

Hosea started receiving some interest from Army in the spring of 2022 but was losing hope of making his own path for the Black Knights as recruiting past early signing day.

Everything changed Friday when Army special teams coach Sean Saturnio offered the Blessed Trinity (Ga.) kicker. By Sunday night, Hosea was talking to Saturnio during an in-home visit. Saturnio told Hosea, “I’m giving you the winning lottery ticket. Are you going to cash it in or not?”

“I knew it was time to cash in,” said Hosea, who committed to Saturnio during the home visit. “The opportunity of a lifetime came across me. I have always dreamed of going there. I was offered and knew there was one spot left and prayed about it. Then, I talked to coach Saturnio (Sunday) night at my house and knew the brotherhood was meant for me.”

Hosea witnesses the benefits of West Point socially with his brother. Brooks, a 2022 West Point graduate, was Army’s No. 2 punter and primary holder his senior year.

“The brotherhood he created and the friends that would take a bullet for him has been something I could never even imagine having,” Hosea said. “I want to have my own journey and own career. But, it brings me peace knowing my brother could get through it and how much he cared about his friendships and brotherhood that makes me strive to follow in a way of wanting those same team bonds and relationships.”

Hosea made a 50-yard field goal and had 89 percent of his kickoffs result in touchbacks his senior season. He isn’t taking an official visit to Army. Hosea guesses he’s been to West Point seven to 10 times, visiting his brother.

Now, it’s time for Hosea to start his path.