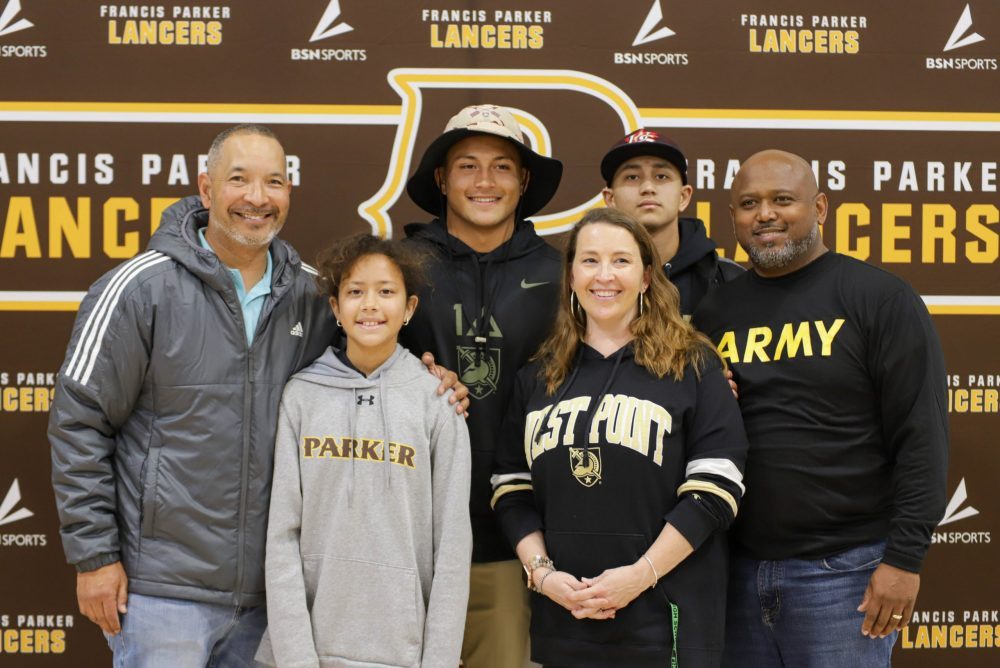 Chris Williams’ high school football teammates cheered as the senior revealed he would be continuing his athletic and academic career with Army.

It wasn’t big secret. Williams committed to the Black Knights back in October. His ceremony at Francis Parker (Calif.) confirmed Williams’ decision with his father and mother on each side.

“(It) meant a lot,” Williams said. “My family has gone through a lot and sacrificed so much for me to be in the position that I currently am. This decision was a huge dream fulfilled and prayer answered.”

What might be the most exciting about Williams’ football future is that he’s not sure where Army will use him on the field.

Williams rushed for 1,883 yards and 24 touchdowns, caught 12 passes for 267 yards and three TDs and threw for 532 yards and 5 scores his senior year. He also had 55 tackles, six interceptions and three forced fumbles playing defense when needed.

“I can’t even tell you whether I’m playing offense or defense,” Williams said. “My understanding is that this will be figured out in the offseason. Coach (Jeff) Monken said it’s up to me where I want to start out and if the coaches feel I can make a more significant impact at another position then a change of position could be made.”

Football isn’t the only sport that Williams excels in. He struck out 71 and had 2.16 ERA in nine games his junior year. Williams hope he might be able to play baseball at Army.

“Coach (Sean) Saturnio once mentioned that the coaching staff would consider that option,” said Williams, who also had an offer from Hawaii.

“Being recruited by coach Saturnio is second to none,” Williams said. “He makes a significant effort to get to know his recruits beyond football and constantly spreads positive energy. I’m ecstatic to have him as a coach and mentor.”