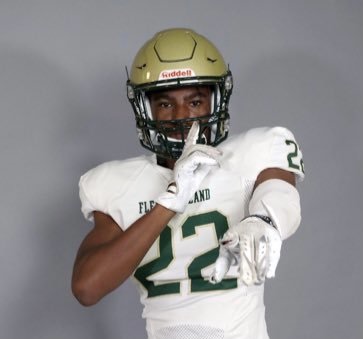 As the holiday season arrives, Joseph Stephens is thankful for the actions that go beyond any football box score.

Stephens is grateful for the words of support from Army’s recruiting staff as he started his comeback from a serious injury. The Fleming Island (Fla.) cornerback missed his senior season this fall with a torn anterior cruciate ligament.

Army stuck with Stephens through the injury and his rehabilitation.

“Army and the coaching staff has always treated me like family and made me feel at home with West Point and a part of The Brotherhood,” Stephens said. “These past couple of months have bteen a huge obstacle to get through (due to a torn ACL). In the process of coming back from this injury, the coaches from Army including coach (Daryl) Dixon, coach (Jeff) Monken, and coach (Cortney) Braswell always kept my head up, encouraged me, and supported me through this tough time.”

West Point will indeed be Stephens’ future home. Stephens committed to Army and Dixon on Nov. 23, his 18th birthday.

“My feelings after committing were excitement and an amped-up feeling of wanting to work harder than ever to make sure that I can help the program as much as possible and be the best cadet I can possibly be,” Stephens said.

Army offered Stephens in March. He started following the program, watching the Army-Navy game as a freshman.

“Seeing the atmosphere of Army and what it’s like on a Saturday at Michie Stadium made me really fall in love,” Stephens said. “I feel that Army is the right school for me because of The Brotherhood at Army and having the best of both worlds in earning a world-class education on top of playing big-time D1 (Division I) college football. I also felt it was the best decision because of the great relationship I have with the coaches and how they made me feel like family, and a part of the West Point Brotherhood.”